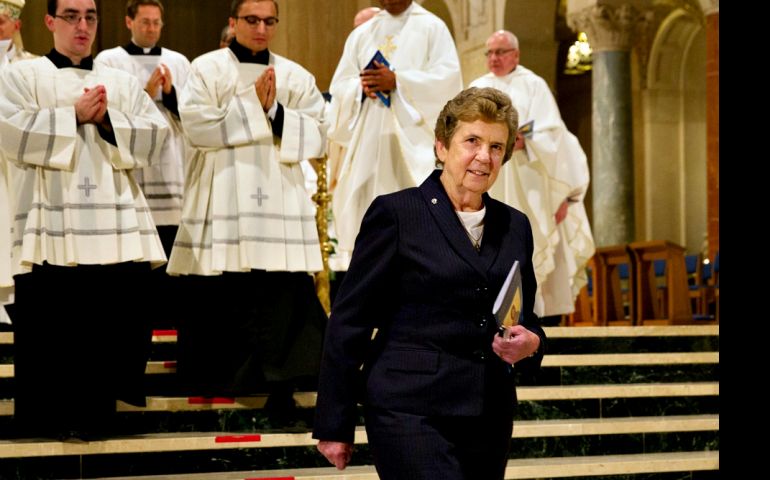 Washington — Imagine a young nun in the 1960s. The old boys network, clerics and bishops in princely vestments, call the shots. Women are expected to know their place. Now tell that sister that in a few decades she will be the one praised by a president, huddling with financial titans in Davos, briefing cardinals in Rome, and widely lauded as one of the most influential leaders in health care.

Five decades later, Sr. Carol Keehan, president and CEO of the Catholic Health Association of the United States, chuckles when asked if she ever expected to travel in such rarefied circles.

"I always thought I would grow old as the sister nurse in the emergency room," Keehan said in her office in downtown Washington, D.C. "I had no aspirations for this. I have always loved the emergency room and always wanted to be there."

Keehan recently announced she will retire at the end of June 2019, bringing to a close nearly 14 years of executive leadership at the Catholic Health Association (CHA).

At a time when the Catholic hierarchy is barely clinging to any remaining moral credibility given its systematic failure to address the clergy sexual abuse crisis, one of the church's brightest lights is a nun who keeps a simple room with a bed and a desk at a Maryland convent. If the sister with an unassuming personality who often grills up dinner for her fellow sisters on the weekend strikes a low-key profile, there is nothing understated about her legacy.

Editorial: We embrace a broader vision of government

The spirit of Haitians five years after a devastating earthquake