Sr. Thea Bowman expected to be approved for sainthood path 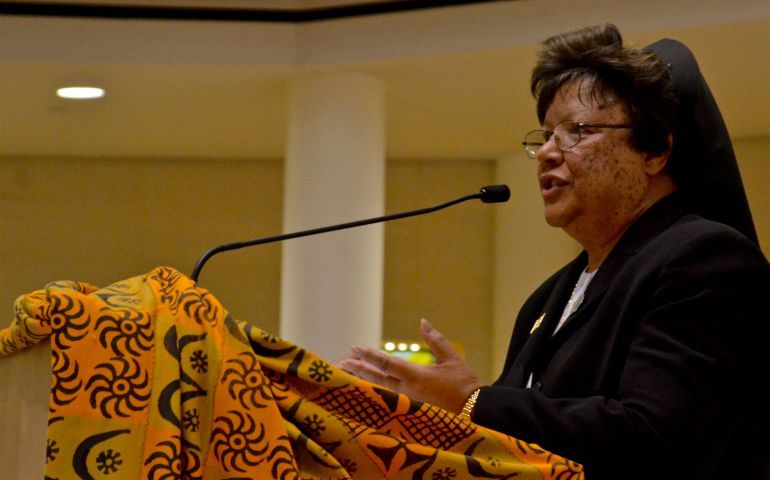 New Orleans — Sr. Thea Bowman could start on the path toward becoming a saint in November, when the U.S. bishops are expected to approve her cause for sainthood at their biannual meeting, officials announced July 31.

Approval would allow the Vatican to officially begin the sainthood process and Bishop Joseph Kopacz of Jackson, Mississippi, Bowman's home diocese, to appoint a tribunal to investigate whether Bowman lived a life of "heroic virtue."

Bowman, who died of cancer in 1990 at age 52, was the first African-American to join the Franciscan Sisters of Perpetual Adoration in La Crosse, Wisconsin. She was a founding faculty member of the Institute for Black Catholic Studies at Xavier University of Louisiana and was instrumental in the creation of an African-American Catholic hymnal. An influential speaker on both music and diversity, Bowman urged Catholic bishops not to ignore the nonwhite members of their flocks, the Mississippi Catholic reported.

"It was Sister Thea's work as an African American catalyst that had, and continues to have, a profound effect on the world," said Sr. Karen Lueck, president of the Franciscan Sisters of Perpetual Adoration, in a statement Aug. 2. "Inspired by Martin Luther King Jr., she always encouraged people to stand up for their rights; she made significant strides in racial equality in the Catholic Church."

'No resurrection without Christ's execution'