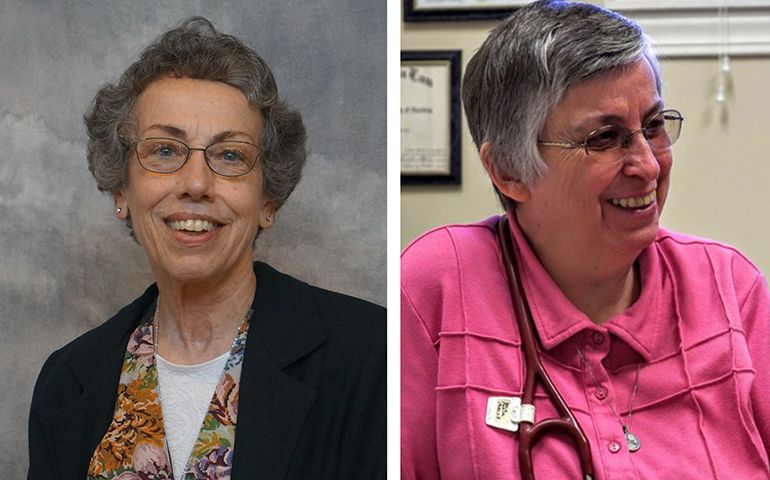 Sr. Margaret Held, 68, and Sr. Paula Merrill, 68, are pictured in undated photos. (CNS/School Sisters of St. Francis and Sisters of Charity of Nazareth)

Police continued to search for the killer of two sisters who spent years caring for poor people as nurse practitioners in central Mississippi.

The sisters had worked at the Lexington Medical Clinic in Lexington, about 10 miles from the house they shared.

Warren Strain, spokesman for the Mississippi Department of Public Safety, said police discovered a car missing from the sisters' home Thursday evening on a secluded street late about a mile from where the women were found dead.

Police officers discovered the women's bodies after co-workers called asking to check on them after they failed to report for work at the clinic.