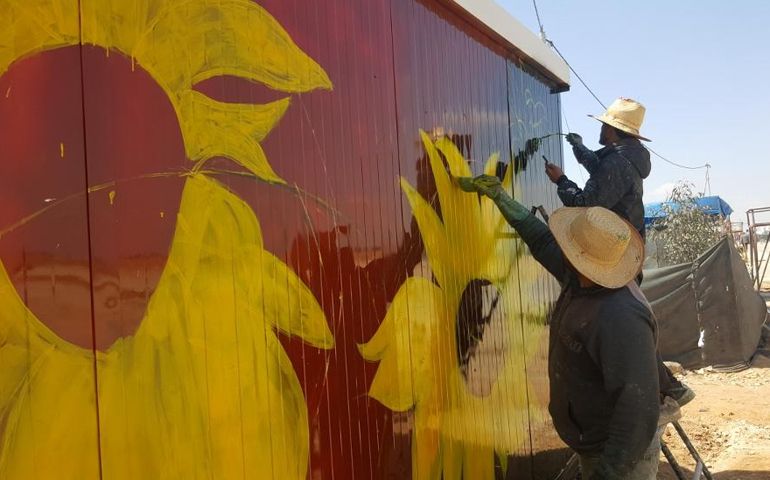 Zaatari Refugee Camp, Jordan — "Forced to depend for their survival on the people on whose doors they knock, refugees are in a way thrown outside the realm of 'humanity,' as far as it is meant to confer the rights they aren't afforded. And there are millions upon millions of such people inhabiting our shared planet." — Sociologist Zygmunt Bauman, author of Strangers at Our Door and quoted in The New York Times

There are millions of such people, and today, June 20, the annual United Nations' World Refugee Day, it is worth considering those who live at the Zaatari refugee camp, about an hour's drive from the capital of Amman, not far from the border Jordan shares with war-torn Syria.

I recently spent a day at Zaatari, which with 80,000 residents is now Jordan's fourth-largest city — part of the influx of 1 million Syrians who have settled in Jordan from Syria since civil war broke out in 2011. (The Syrians are not alone. There are about 200,000 Iraqi refugees in Jordan, and more than 2 million Palestinians in the country. Jordan has a total population of about 7 million people)

Most of the recent refugees who come to Jordan end up living in Amman and other urban areas. But Zaatari -- with its wide streets, schools and growing numbers of businesses -- is starting to feel more and more like a permanent city itself.

In Argentina, pope's impact has moved beyond spiritual realm

Francis calls World Council of Churches to be more missionary