Skip to main content
Spirituality
A version of this story appeared in the July 17-30, 2015 print issue under the headline: "'Sacramental friendship' draws fans to Merton". 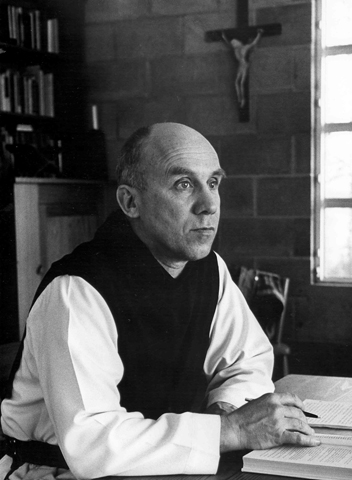 Trappist Fr. Thomas Merton, one of the most influential Catholic authors of the 20th century, is pictured in an undated photo.

When Thomas Merton's body and possessions were returned to his home at Gethsemani Abbey in December 1968, his personal effects were estimated to be worth less than $1,000. His most valued property was the unused portion of his round-the-world air ticket, worth $844.90.

Electrocuted by a faulty fan shortly after delivering a talk at an interfaith assembly of Catholic and Buddhist nuns and priests in Bangkok on Dec. 10, Merton's books, notebooks, rosary, shirts, underwear and valise added little to his wealth, according to an itemized list accompanying his corpse to the abbey.

One wonders, 47 years after the death of America's most famous monk, is it too late for the reading of the will? Apparently not.