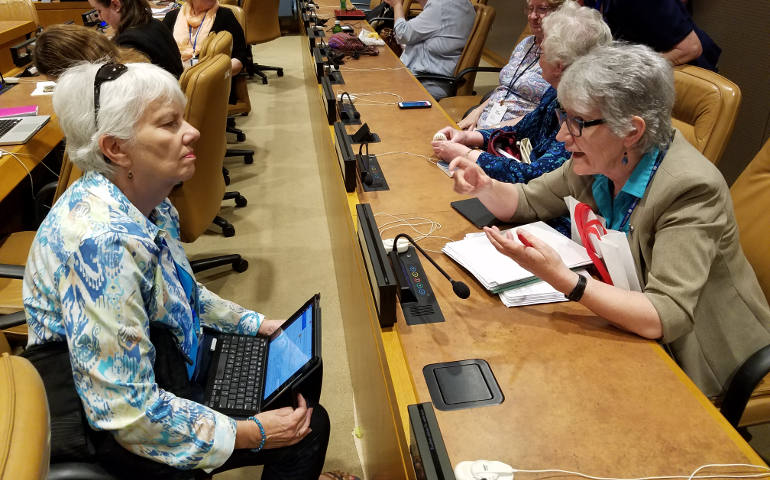 Sisters and religious congregations, including Our Lady of Charity of the Good Shepherd Sr. Winifred Doherty and the Loretto Community's Sally Dunne, had a strong presence during the UN's July 11-20 High-level Political Forum on Sustainable Development at the United Nations in New York. (GSR photo/Chris Herlinger)

Leaders of the United Nations say the global body's ambitious agenda to eliminate global poverty and other ills is off to a good start but are reiterating the need for common efforts involving governments, non-governmental groups, business and others — including religious bodies in which Catholic sisters play a prominent role.

Catholic sisters who work at the United Nations and have long been active in efforts to promote the cause of poverty reduction and environmental protection, were a strong and visible presence at the 10-day event.

They were not quiet. The sisters pushed the U.N. and governments not to ignore the work already being done at the grassroots to fight poverty and related problems.