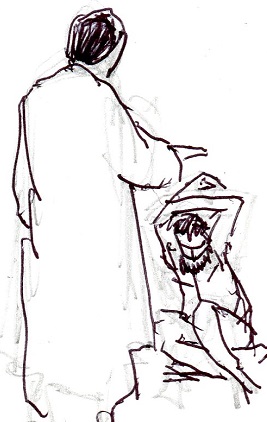 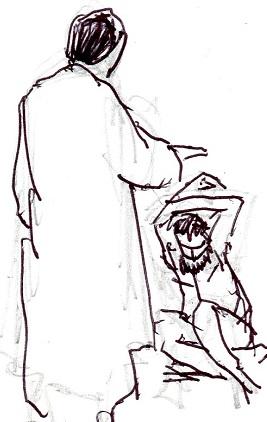 “The people were astonished at his teaching, for he taught them as one having authority and not as the scribes” (Mark 1:22).

We might imagine the reaction of the scribes in today’s Gospel when the people said that Jesus, an uneducated layman, taught with more authority than they did. The professional scribes were versed in the law and could quote chapter and verse to support what they said. Jesus told stories that rang true to life and spoke with the authenticity of someone grounded in experience.  The scribes will oppose Jesus at every turn and in the end be among those who seek his death for undermining the stability of the religious establishment.

Recently canonized St. John Cardinal Newman described the authority of the church as residing in three magisteria, or teaching sources. The pope and hierarchy hold the chair of authority over orthodoxy and church unity. The theologians apply church teaching to make it relevant to the changing needs of culture and language. The majority baptized members of the church ground her teaching in ordinary experience because they also possess the Holy Spirit and express the sensus fidelium, the authority of lived reality.

The tension between these magisteria is written in the history of the church. If theologians stray from orthodox teaching, they are disciplined from the top down. If the hierarchy is out of touch, pressure builds from the bottom up for reform. The Second Vatican Council was initiated by Pope John XXIII, to the shock of many in the hierarchy, but guided through by other bishops with the help of theologians to better serve the needs of the laity in the modern world.

Jesus’ revolution began in the hearts of people, who sensed the presence of God in his stories of mercy and acts of healing and liberation. He had power over “unclean spirits,” those unseen forces that distort individuals and communities with fear and paralysis, prejudice, guilt and rejection. The people in the synagogue experienced a profound collective release as the spell of oppression was broken when Jesus dismissed the evil spirit.  His authority confirmed the authority of the people, who knew instantly that health had been restored.

It should be no surprise that the church is experiencing a crisis of rebalancing authority. Pope Francis is trying to shift authority to a synodal model of greater participation by a broad representation of church members. He is being strongly opposed by some in the hierarchy and laity who think orthodoxy and tradition are being threatened. Many in the laity, impatient for reform and an end to scandals, are expressing their views by withdrawing from the official church.

We are right to look for leaders who have real authority, who model Jesus, who walk the walk and not just talk the talk. We are right also to exercise the authority we possess by virtue of our baptisms, to seek the presence of God and the voice of Jesus in the Word and in communities that rings true and makes sense. The unclean spirits of fear and paralysis that restrain us have no real power over those who believe that Jesus came to bring us life and free us to engage reality with love and determination. Do not be astonished at how much authority the Spirit has already given you.