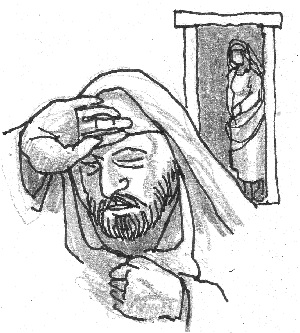 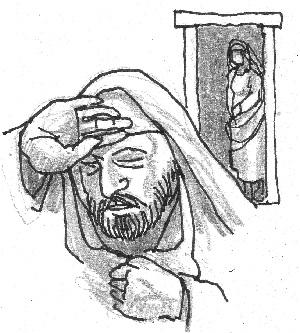 As we mark the last Sunday of Advent, the readings invite us to draw near to the mystery that is central to Jesus’ identity but also at the heart of our Christian lives. The Incarnation — God with us -- is the linchpin of all our hopes for freedom from sin and life with God. By joining his divinity to our humanity, Jesus opened the way for us to share in the Community of God with all our beloved dead and, by the gift of divine mercy, with all our human brothers and sisters, past, present and future.

The focus on the Incarnation is evident in Matthew’s infancy narrative, which explains that while Jesus was the genealogical culmination of the messianic promise passed from Abraham to Joseph, he was also, by the power of the Holy Spirit, the Son of God.  When Joseph is confronted by Mary’s mysterious pregnancy, he faces an impossible dilemma between justice and love that only an angel in a dream can help him resolve.  His struggle also shows the unfathomable leap occurring from the first Covenant under the Law to the new Covenant under Grace. Something entirely new and unexpected has happened.  God promised to send a Savior, then came in Person.

Christmas is the result of the early church’s reflection on a breakthrough event that had no precedent. The resurrection of the crucified Jesus was a theophany so powerful and radical that it forced the disciples to re-evaluate everything they thought they knew about God and the meaning of human existence.  Their encounters with the risen Christ were as though the end of the story had appeared in the middle. Jesus was revealed as Lord, the firstborn of the dead and the start of the new Creation.

St. Paul, writing a generation before the Gospels were composed, states what the church already believed by then. He was called to preach the good news of Jesus Christ, “descended from David according to the flesh, but established as Son of God in power according to the spirit of holiness through resurrection from the dead” (Rom 1: 3).  It is the resurrection of Jesus that drives the gradual realization that Jesus had to be from God and of God, and why Matthew added an account of the birth of Jesus to his Gospel.

What sign do we ask of God that any of this is true?  The sure path to faith is our own encounter with the risen Christ, alive among us, within us and sharing our human journey. Whatever we think, feel and experience, he has experienced, and he knows the full range of human joy and sorrow, struggle and temptation. Our inmost consciousness is no longer a monologue but a dialogue, an intimate conversation with someone who knows all our hopes, fears, dreams and doubts.

This encounter is the essence of Christmas and our invitation to begin again with the heart of a child, open to receive the gift of love God gives to anyone who asks.