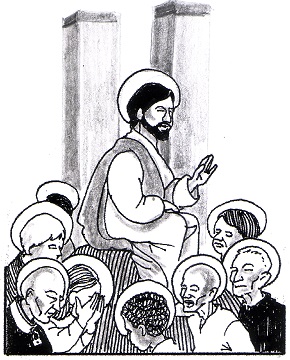 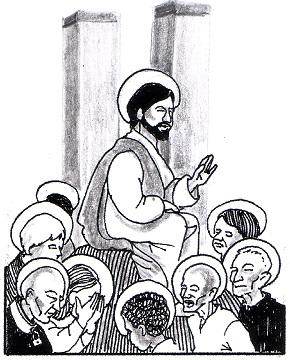 This Sunday’s liturgy coincides with the 21st anniversary of the September 11, 2001, attacks on the United States and offers a particular challenge to proclaim Jesus’ message of mercy and reconciliation.

The three parables of mercy in Luke Chapter 15 are a moving presentation of the challenge of the Gospel to extend ordinary compassion to the radical degree God takes in loving us even when we are sinful.

A shepherd defies the limits of logic to leave 99 sheep in the wilderness in order to rescue one runaway. A woman turns her house upside down rather than lose one of 10 coins she values. Finally, a father grieves over the loss of a prodigal and foolish son until he can welcome him back into the family, despite the resistance of an older son who resents his generosity.

The measure of love Jesus challenges us to embrace is not based on the worthiness of the one receiving it, but on the infinite love of the one giving it. Jesus presents the God who never stops loving and forgiving sinners. This same standard underpins Jesus’ rejection of violent revenge and wars of retribution as counterproductive and self-destructive.

If this seems radical or even utopian, we need only examine the 21 years since 9-11: Two long and costly wars, an entire region of the world destabilized and spiraling into further violence, the spread of ideological and religious hatred worldwide and once open societies contracted into national security states with domestic politics fueled by paranoia, fear and cultural escapism.

Many civic and religious events this weekend will lament and honor those who lost their lives because of the 9-ll attacks. The national hymn, “God Bless America,” is also a prayer for something lost that must be found. The survival of individual nations and the global community will depend on a renewed wisdom about the hard work of reconciliation and the value of nonviolence. We have few options. The Gospel puts before us life and death. Jesus’ stories of mercy urge us to choose life.