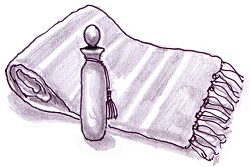 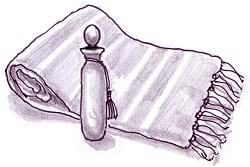 Jesus must have known texts of the Prophet Isaiah from the reading of the scrolls in the synagogue, and we can only imagine how the four Servant Songs resonated within his consciousness as he grew to maturity and heard God’s call. The songs, or poems, describe a figure beloved by God, called to lead the nations, but horribly abused by them before being vindicated.

From his baptism in the Jordan, his encounter with the Tempter in the desert, and his return to read and preach in Nazareth at the start of his ministry, Jesus is embracing the call of the Servant and facing the implications of his obedience. By the time he entered Jerusalem for the last time, Jesus was aware that everything that was to happen to him there was the fulfillment of this mysterious figure, whose suffering and death was going to redeem the nations.

His enemies rejected him as a blasphemer and his own disciples were slow to grasp that he was not going to be a triumphant messiah but the mirror opposite as God’s Suffering Servant. But one person did understand that his death was imminent and would reveal him as God’s anointed one, the Christ. We see Mark’s account of the anonymous woman who anointed Jesus at the house of Simon in Bethany.  The fourth Gospel attributes this act of prophetic love to Mary of Bethany, the sister of Martha and Lazarus, whom Jesus had raised from the dead.

The general disapproval of the men over this extravagant and costly act of homage to Jesus is narrowed to Judas in the fourth Gospel, already identified as the betrayer. By the end of the first century, the shame of all the Apostle, especially Peter, was so great, calling Judas both betrayer and thief may have tempered the charge against the others. But it in no way distracts from the witness of the women who remained by Jesus to the end and were the first to know the glory of the resurrection.

This drama is heartbreaking but also reveals the love story it generated among the women who were the first to understand that Jesus was going to lay down his life for everyone. Their grief became the seed of hope that took root on Golgotha, that God would not abandon someone as beautiful and beloved as Jesus. Their refusal to accept this brutal and unjust death of an innocent became the prayer that was answered on Easter morning. Love is stronger than death. God keeps every promise.  The Servant had to be vindicated.  We must make the women’s journey through grief and loss our own to begin to grasp the love story that transforms everything.