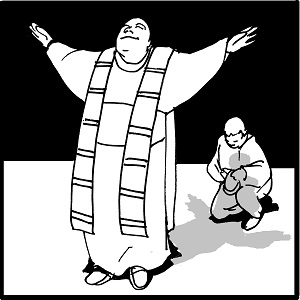 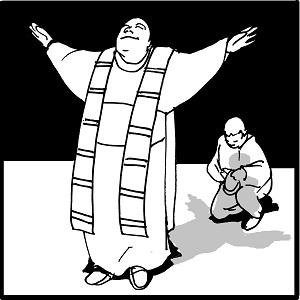 Many of Jesus’ parables are more intricate and layered than they first appear, and it is only when we engage them personally that we walk into the traps they set for us. The parable of the Pharisee and the Tax Collector is one of these.

We can’t say we weren’t forewarned.  Jesus begins by telling us that this story is for “those who are convinced of their own righteousness and despise everyone else.” Yet, as quickly as we get the gist of the parable, we pass judgment on the haughty Pharisee and side with the humble publican. The lesson is reduced to a simple either-or contrast between pride and humility, and we all know which choice is the correct one in God’s eyes.  We are eager to identify with one of the characters, when in fact we are both Pharisee and tax collector. The parable invites us to embrace that shadow self and sinner that we want to deny. Healing, not judgment, is what Jesus is seeking.

Other parables come to mind.  Between Martha and Mary, it is Mary who chooses the better part.  We are both Martha and Mary. The Prodigal Son receives the love the older brother rejects. The Father wants both brothers at the table. The Pharisee’s self-serving prayer falls flat, while the tax collector goes home justified. God loves them both and is calling them both  to repent and be saved.  Our binary world and sense of righteousness pulls us to side with one over the other, and we miss the larger prayer for reconciliation.

As valid as the first lesson is, many of Jesus’ parables contain a deeper challenge.  He affirms “both-and” instead of “either-or”? Doesn’t God love both the Pharisee and the tax collector?  Wasn’t the purpose of Jesus’ story an appeal to the self-righteous to stop praying to themselves so they could experience God’s unconditional love for everyone, saint and sinner?  Those who go to God full of themselves have no room to receive a blessing, whereas sinners arrive empty and go home overflowing with mercy.

There are clearly two different spiritualities at work here.  The Pharisee was perfect at keeping the rules, tithing and avoiding serious sin, and so assumed he had earned God’s favor. The tax collector was hopelessly mired in a life of compromise and collaboration with the Roman occupation. He was an outcast to his fellow Jews and only dared to enter the temple by remaining in the shadows. His prayer was a death cry to come home again and to be restored to wholeness.  Jesus was saying to his audience what the Father said to the older brother in the parable of the Prodigal Son: “Your brother was dead, and he is alive again. He was lost and he is found.”

Jesus is warning the self-righteous not to cut themselves off from God’s mercy for all his children. Perfection is the enemy of the good, a stumbling block down the wrong road toward self-sufficiency, legalism, elitism and isolation. Wholeness is what God gives to the broken-hearted, gathering even their sinfulness into an embrace that accepts them as they are, both light and shadow, works in progress, sin at war with grace.

St. Peter and St. Paul knew they were total failures, but it is precisely this that made them models for wholeness, sinners redeemed by mercy to lead the church to the Beloved Community, not by their outstanding virtue but as signs of what grace can accomplish when we surrender our pride and let God use our weaknesses to give hope to others.

Pope Francis, who often refers to himself as a sinner, offered four examples of Americans he admired when he visited the United States. They were Abraham Lincoln, Martin Luther King Jr, Dorothy Day and Thomas Merton.  These complex and controversial figures were all frail human beings whose ultimate wholeness was revealed in their struggles for peace, justice and compassion.

As we strive to be holy people despite our weaknesses, we can take comfort and find courage in letting God work within us, as we are, where we are, and through all our life experiences.  We pray to share in the holy ambiguity of grace as it meets even sin in us.  This is the joy of the Gospel.