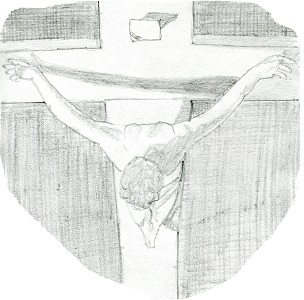 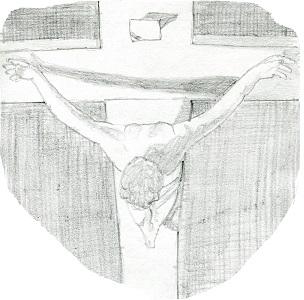 “God so loved the world that he gave his only Son, that everyone who believes in him might not perish but have eternal life” (John 3:16).

Exaltation of the Holy Cross

To live in a consumer culture is be immersed in symbols tied to products. The corporate logos and slogans, once known to insiders as “hidden persuaders,” are now so overt that people willingly wear them on their clothing and personally identify with the values they supposedly convey. Think Apple, Adidas, Nike, BMW, Mercedes Benz or Starbucks. Each logo has a history and is loaded with associations and feelings reinforced by thousands of commercials and ads that have “branded” the image into popular consciousness.

One of the oldest and most powerful logos in the world is the cross. It has the distinction of beginning in a reality so violent that only centuries of reflection and use have transformed its paradoxical meaning and made it universally recognizable.

The death of Jesus on a cross was a shocking and shameful sign of rejection in the ancient world. St. Paul preached Christ crucified but called it a “scandal to Jews and a stumbling block to the Greeks.” The evangelist Matthew called it the “messianic secret,” the divine reversal of all expectations in a savior who surrenders all power and honor by dying as a common criminal.

The other evangelists delved into the prophecies to find precedent for God’s “suffering servant.” In today’s Gospel from John for the Feast of the Exaltation of the Cross, the “lifting up of the Son of Man” is compared to the serpent images Moses displayed in the desert to heal believers inflicted with deadly wounds. Faith in Jesus and baptismal participation in his suffering and death are the “sign of the cross” at the heart of Christian discipleship and the Paschal mystery.

We might think of ourselves as branded by the cross, the indelible image of Christ that defines our entire lives, our attitudes and actions. Only when this logo forms and influences us more than any other loyalty will we truly understand why the church celebrates the cross as the sign of our salvation.