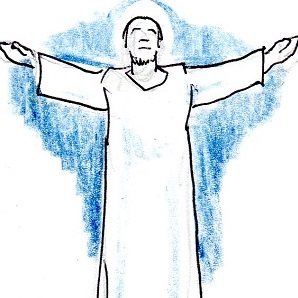 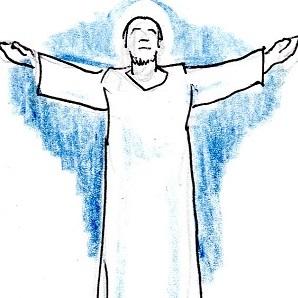 Yesterday’s Genesis reading about competition between Abram and Lot over space for their flocks leads to today’s reading about God’s promises to Abram for his posterity. At this point in the story, Abram was still an immigrant from Iraq trying to get a foothold in the land of Canaan. It would not be until 700 years later, after the Exodus, that the Hebrews would claim a home by conquest in the region and establish a kingdom under Saul and David.

These ancient texts provide some prehistorical perspective on the territorial quarrels in the Middle East, where the maps have been redrawn by three wars and international resolutions over the past 70 years to produce the current standoff between the State of Israel and the remnants of displaced Palestinians, and the need to devise a peace plan that offers stability and security for both entities.

The conflicts go back even further to post-WWI colonial claims by Britain and France after the defeat of the Ottoman Empire. Events following WWII led to the establishment of Israel and Cold War conflicts about oil and territory that have made the Middle East a continuous flashpoint for global tensions.

Religious interests overlap political goals as Jews, Christians and Muslims, the three Peoples of the Book, seek access to the “Holy Land” and its sacred sites. While biblical texts offer little guidance, they do shed light on the values that ought to frame whatever settlement emerges based on justice and truth as the only alternative to endless bloodshed and a no-win catastrophic war between nuclear powers.

Jesus wept over the city of Jerusalem as he foresaw the coming Roman-Jewish war that would destroy the Holy Land, kill over a million people and make refuges of the rest in a huge diaspora. He wept over the blasphemy of zealots eager to provoke war (with God on their side) to punish the divine presumptions of Rome. He wept at the lost opportunity to pursue peace before it was too late.

In today’s Gospel reading, we have Jesus’ simple test of who is a reliable source of wisdom in matters of good and evil: “By their fruits you will know them.”  Do not trust their words; look at their actions, past and present. Consider their regard for the people who will bear the cost of war. Consider their intentions, public and private, their motives, overt and covert.

God’s promise to Abram was abundant life, not death, progeny beyond counting, like the stars in the heavens and the grains on the seashore.The word of God comes to us now.  Are we not being called to protect and extend that promise for generations to come?