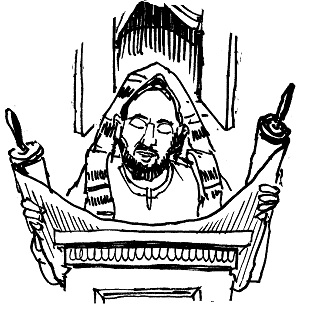 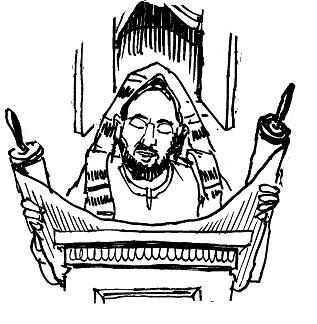 For those able to watch the funeral services for John Lewis today, it could have been a master class about whether the United States has had its own prophets. Even the question heading this reflection from today’s Gospel might find an echo in James Lawson’s description of the early formation of Lewis as part of the meetings of civil rights activists in Nashville in the late 1950s to plan the nonviolent strategy to address racial injustice. This was where John Lewis found his prophetic call realized. Here was the beginning of the wisdom that underpinned his long political career as someone who came to be called the “conscience of the Congress.”

But he was not alone. Lawson sought to correct the historical record of the movement by citing the names of many of the men and women from around the country who had all received the same call, often in childhood, to work for an end to segregation and the social and economic structures that had prevented black Americans from taking their rightful place at the table of national life promised by the U.S. Constitution and the Declaration of Independence.

For those less inclined to find Biblical themes in current history, the parallels are still worth considering.  Today’s reading from Jeremiah depicts a prophet who endured great suffering and rejection to fulfill a vocation he could not turn away from once God had touched him. Jesus began his ministry by delivering his inaugural address in his hometown of Nazareth, reading the prophet Isaiah’s vision of God’s beloved community.

Though his family and neighbors were amazed at his wisdom and mighty deeds, they still rejected Jesus. The demands of his message struck too close to home, which is the fate of every prophet who speaks to his own nation and people.  Go prophesy elsewhere, but do not ask us to change the deep-seated prejudices and cultural assumptions on which our pride and privilege rest.  Jesus deliberately began his ministry by embracing the profile of the former prophets who never wavered from the truth they received at their call.

We should take consolation in affirming that Providence has a hand in our national history and that so many voices have been imbued with the biblical promise of a community in which truth and justice will prevail against other strong forces that do not share this dream for everyone.  A living Word comes to us in the example of others but also in the insistent truths within our own hearts about the kind of people we want to be. The very doubts and fears we may feel about deep change are actually a sign that real prophets are in our midst. It is their role to push us forward when it is difficult.

The risen Jesus comes to us from the future, saying, “Don’t be afraid. Come, follow me.”