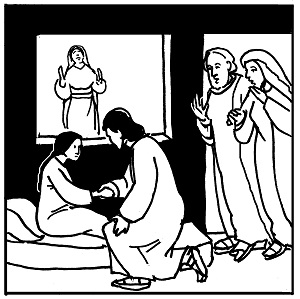 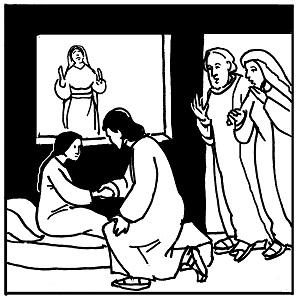 There is always more than meets the eye in the Gospels, and the story of the healing of the woman with the hemorrhage and the raising of the dead girl is an example. Repeated in all three synoptics, the two miracles are artfully combined with themes of ritually forbidden touch, the number 12 and Jesus’ deep regard for the lives of women.

Jesus is on his way to raise the 12-year old daughter of an official when a woman suffering for 12 years of menstrual hemorrhaging pushes through the crowds to touch his cloak. She is instantly healed. Jesus feels her touch and praises her faith, ignoring the ritual prohibition of contact with her bleeding condition, which rendered him “unclean.”

Reaching the house, Jesus pushes his way through the crowd of professional mourners, takes the hand of the dead girl, incurring more ritual impurity, and raises her up, restoring her to life on the threshold of her adulthood. The two miracles hold profound implications for these two females and their families. Jesus liberates them to live fully and challenges a culture that has limited their potential with religious rules and social restraints applied to women.

This story was no doubt important for the emerging Christian communities in a patriarchal world that had made women invisible and legally powerless to determine their own lives.  It was part of the memory of Jesus’ extraordinary relationships with women, their accompaniment during his ministry and at his death, and their role as key witnesses to his resurrection.

Truth be told, there would have been no Gospel without the women followers of Jesus, who loved him with a loyalty the men did not dare show when he was crucified.  And in their grief, the women refused to let go of him. That he appeared to them first on Easter affirmed for the record, attested by all four Gospels, that their faith was the foundation of the church.