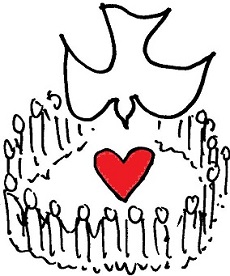 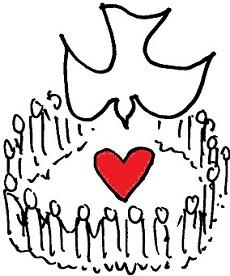 Many years ago, long enough that I cannot remember where, I visited a house of worship with a large tubular shekhinah, or cloud of glory, suspended over the sanctuary. A slight movement of air would send an acoustic shimmer of chimes throughout the room, an awesome invitation to praise.

The word “glory” is one of those words that gather meaning layer by layer in the Bible.  Rooted in the Hebrew word for weight, it described a person’s substance, importance and integrity.  It came to mean the visible manifestation of God’s presence and protection. The luminous cloud that accompanied the Israelites during the Exodus was God’s glory, a light so brilliant it could only be seen indirectly. Later in the Sinai, Moses was instructed to wear a veil when meeting with God, and his face retained a glow from theses encounters.

The word glory is used frequently in the final prayer of Jesus for his disciples at the Last Supper. He is the visible manifestation of the invisible God, and he wants the glory he shares with the Father to be evident in them as witnesses to his union with God.  Jesus revealed this glory in his Transfiguration, but even in his ordinary human appearance he must have exhibited the kind of fullness we associate with people who are fully alive, like the glow in children, young adults and a person in love.  St. Irenaeus captured the beauty of human holiness when he wrote: “The glory of God is a human being fully alive.”

Beyond other forms of preaching or proselytizing, the personal witness of glory is how the Gospel is best shared. Pope Francis says that evangelization is not about arguing the faith but attracting another to its beauty.  When Jesus sent his disciples out to preach, he wanted them to attract people the way he had captured them. They would do likewise: “I will make you fishers of men.”

Paradoxically, Jesus reveals his glory on the night before he is crucified. In John’s Gospel, the greatest manifestation of God’s glory occurs at the death of Jesus on the cross. By this redemptive mystery, light overcomes the darkness of sin, and love defeats death.  “For God so loved the world that he gave his only begotten Son.”  There is no greater glory than when Jesus laid down his life for the world.

The identity and the mission of the church only succeeds when it imitates this paradox of weakness and humility found on the cross. If the church relies on status, wealth and power, it overrides the deeper workings of grace. The Holy Spirit does not come down, it comes up from the bottom, where Jesus hides among the poor and the crucified of history.  God’s love resides there and divine glory shimmers and shines where suffering intersects hope, justice and mercy meet and the Spirit kindles the fire of Pentecost in the hearts of the faithful.