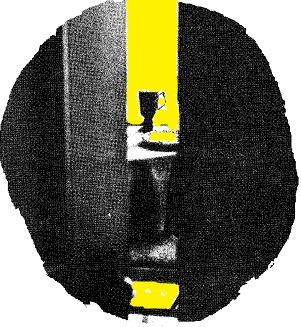 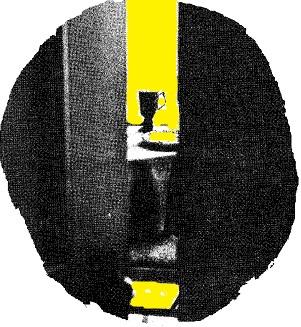 Popular interest in DNA testing shows how fascinated people are to know who they are genetically. A bit of saliva sent off to a lab returns a map of ancestry going back millennia to common origins that are refined over generations with complex pattern changes and geographic distributions to produce individual family identities and countries of origin.  People are often not who they thought they were, but one truth is evident: Every human being shares the same basic DNA.

What makes this truth so important today is that it again debunks every attempt going back thousands of years to divide human beings into different species, ethnic castes, racial orders and color hierarchies. It shames every history and ideology that justifies one group enslaving another, one group claiming mastery over others, every pseudo-science, from eugenics to social Darwinism, used to excuse colonial conquest and the brutal exploitation of whole continents, the displacement of native peoples and the destruction of religions and cultures judged inferior by competing religions and cultures.

The Solemnity of the Body and Blood of Christ is the Gospel's proclamation that all human beings are equal and that together the human family is one. If this seems obvious to us, it is time to renew its radical implications in a world that is again in danger of coming apart at the seams because of the rise of popular nationalism, racism and religious bigotry.

Today’s scripture readings remind us that Jesus lived, died and rose again to affirm creation and the human race as the image of God. Jesus’ mission, beginning with his disciples, was to unite them in love as a sign of his union with God, then send them to the ends of the earth to proclaim the power of  love to unite diverse nations and peoples into a single new Creation, the crucified and risen body of Christ advancing to its divine destiny as the Beloved Community.

St. Paul’s defense of the unity of the Eucharist in today’s readings from 1 Corinthians was that holding separate meals, one for the social elites and another for the poor, violated the very meaning of the Last Supper, where Jesus made the sharing of the Bread and the Cup a sign of his death, the means by which he was uniting everyone in love.

The accounts in all four gospels of the multiplication of the loaves in the wilderness reveal a similar insistence on our common humanity. Jesus’ frequent support for universal over an exclusive salvation for Israel may be seen to culminate in what appears an alternative Passover for a large multi-ethnic crowd in the territory on the other side of Sea of Galilee, a region called the Decapolis, or Ten Cities, where both Jews and Gentiles lived.  Human hunger, not religious affiliation, is what unifies the crowd, and Jesus offers himself to everyone as the Bread of Life.  The breaking of the bread foretells his death on the cross for the sins of the whole world.

The Eucharist we celebrate in our local churches today is Christ’s gift for the healing of the world’s wounds and divisions. All who hunger and thirst for justice are welcome. Our shared flesh and blood has already been transformed by the death and resurrection of Jesus. The body of proof that we are alive in Christ is our willingness to proclaim his death by defending the dignity and equality of all our brothers and sisters from every attempt to divide us. Today’s solemnity is our Eucharist without borders, celebrated in memory of him.