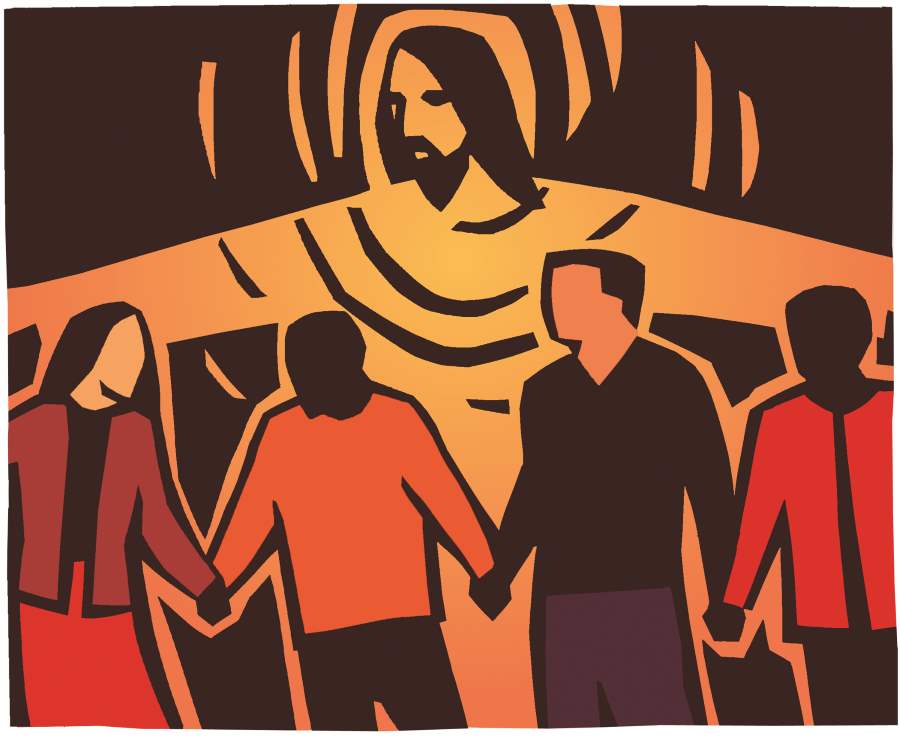 One of the most dramatic moments in the celebration of the Easter Vigil occurs just before the proclamation of the Gospel. The Alleluia, silent for more than six weeks, is solemnly intoned three times by the priest or psalmist, each time on a higher pitch, then repeated by all. The psalmist then proclaims three stanzas drawn from Psalm 118, which from early times has been associated with the life-giving death and resurrection of Christ. The assembly responds again with the Alleluia after each stanza.

Psalm 118 is a great hymn of thanksgiving and gives voice to the confident assertions, "I shall not die, but live, and declare the works of the Lord" (v. 17) and "This is the day the Lord has made; let us be glad and rejoice in it" (v. 24). One of the verses from Psalm 118 most frequently cited declares, "The stone which the builders rejected has become the cornerstone" (v. 22). This verse has been understood by Christians to refer to Christ and is quoted directly in the New Testament no fewer than four times (Matt 21:42, Luke 20:17, Acts 4:11, 1 Pet 2:7).

The acclamation "Alleluia" is the Latin version of the Hebrew word Hallelujah, a joyful shout that may be translated as "Praise the Lord." This word is found in the psalms of the Hebrew Bible and has been used in the Christian liturgies of both East and West to express the highest level of praise. In the Roman liturgy, Alleluia is used lavishly throughout the Easter season to express joy in the rising of Christ from the dead. Pope Benedict XVI devoted a considerable portion of his Easter Vigil homily in 2009 to theological reflection on the singing of "Alleluia" during the holiest night of the year. The pope begins by acknowledging how difficult it is for human beings to grasp the meaning of the Resurrection, since it is so far removed from our own experience. How much easier it is to relate to the experience of birth and so enter into the Christmas celebration.

Benedict identifies three major symbols of the Easter Vigil liturgy that unfold for us the meaning of the resurrection: light, water, and the new song of Alleluia. Unlike light and water, which are external to human beings, song is a human activity. Because resurrection is beyond our experience, our joy in the Resurrection needs to expressed in a manner beyond mere speech. Joy in the Resurrection must be sung.

At the Easter Vigil we hear in the third reading the very first reference to singing in the Bible — the song of Moses and the people at the Red Sea. We then join in singing that very hymn of exultant praise: "I will sing to the Lord, for he is gloriously triumphant; horse and chariot he has cast into the sea" (Exod 15:1). Because of their rebirth, the people of Israel "feared the Lord and believed in him and in his servant Moses" (Exod 14:31). They believed and they sang. We join them in a hymn of people who should be sinking but who have been born to a new life.

The Christian community finds itself in a similar place to the people of Israel. We too experience the power of death around us. We too should be sinking in the waters. Yet we have heard the good news of Christ's rising and have come to believe that life is stronger than death. As we are tossed about on the waters, we experience the hand of the risen One reaching out to grasp ours, and so we sing the new song of life, the Alleluia.

The singing of the Alleluia at the Easter Vigil immediately before the Gospel of the Resurrection is a key to understanding its use in the liturgy throughout the year (except during Lent, when it is omitted entirely) and to its theological and spiritual import. Through baptism we have been immersed into the life-giving death and resurrection of Christ. In the words of Saint Augustine, "We are an Easter people, and Alleluia is our song."

Editor's note: This reflection was originally published in the April 2011 issue of Celebration. Sign up to receive daily Easter reflections.