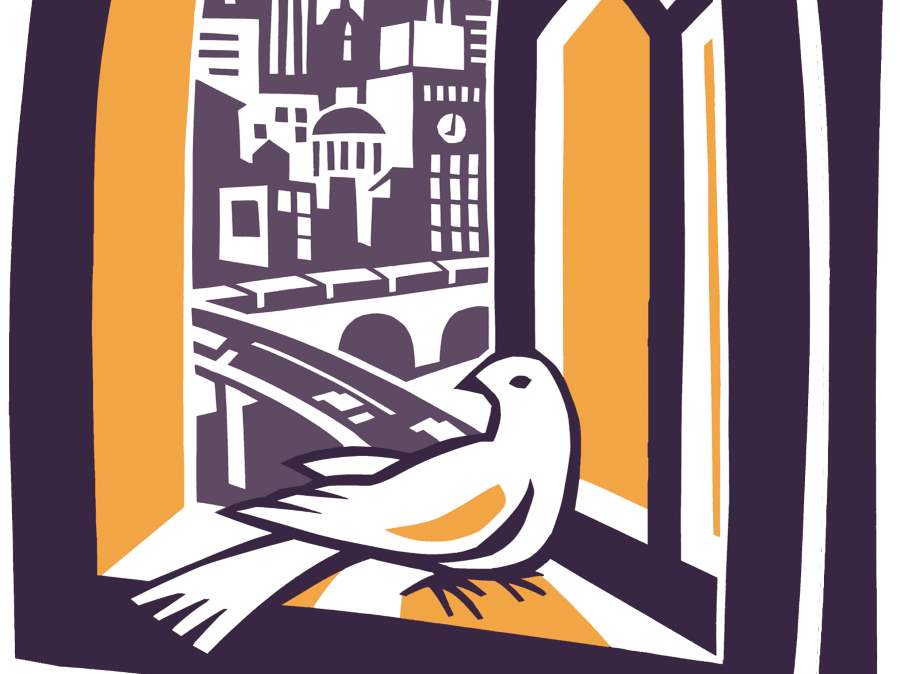 The retreat team assembled for their evening of discernment. The time had come to decide their roles for the women's retreat they would present in the spring. For weeks they had gathered to share their stories of faith. They had listened, they had affirmed, and they had grown to understand one another in a way that is only possible when stories of faith are shared honestly and received with reverence.

To prepare for this evening, they answered reflection questions about the process thus far, what they had learned and how they might have changed. They read the descriptions of the twenty-two roles or jobs that needed to be filled for the retreat. And they prayed to be open to what the Spirit might ask of them — and of their teammates — on this night of discernment.

Now in the evening's gathering prayer, the discernment facilitator asked them to pay attention to the nudges and movement of God's Spirit. She asked them to be willing to hear what they might not want to hear. And she asked them, as individuals and as a group, to surrender to God's grace.

Three hours later, the group emerged from the process, and every woman had a job for the spring retreat. It is difficult to work together, to listen and to speak with equal care and to trust that silence can lead to insight. And it is hard to allow the slow work of the Spirit to emerge from the unknown. The process was sometimes messy. Some were hurt not to be discerned for a particular job they felt called to do. Others were overwhelmed yet affirmed at what had been asked of them. Among them, there was a sense of accomplishment, a feeling of exhaustion, some joy, some peace, and a bit of chaos remained.

I participated in the process that night as a silent observer. I prayed with and for them as they worked together to give birth to this new configuration of themselves. I, too, wondered once or twice if human error was at play. In other moments, the process changed direction with such alacrity that the Spirit's breath seemed to fill the room. Nonetheless, the way was not always clear. I heard a few complaints and was aware of the discord they created. So I prepared myself for the phone call that inevitably comes from the team leaders after the nights of discernment. Given that this is the seventh parish group who has prepared to present a retreat, I anticipated a little bit of Monday morning quarterbacking — and concern — that all had gone the “right” way.

This group's retreat leader is a gem. She is open, supportive, caring and generous beyond reason. When she called later that week, I listened as she presented the team's concerns. I affirmed her insights and the direction she had taken as she continued to nurture her team. I thanked her for faithful leadership, and I acknowledged there were things we might adjust or tweak in response to this group's concerns.

But at the end, I offered this: Every time I have observed these evenings of discernment I myself have felt that sometimes the roles were not rightly discerned. There was someone not selected for a role, and I was sure that was a mistake. Sometimes what was hidden to me in the moment later became clear. Sometimes it did not and I simply had to trust. For in the midst of all, human frailty notwithstanding, I remain very sure of the Spirit's presence with us as we plan these parish retreats.

Like you, I know, but must sometimes be reminded, that discord and complaints are not in themselves a negation of the Spirit's presence (Acts 6:1-7). We are human and we will, in all our humanity, differ with each other on occasion. But we are never abandoned by the Advocate, the promised Spirit.

For the Divine Presence is beside us and within us (John 14:15-21) empowering us to do what is right, to admit our need of assistance, to find our way in the midst of complexity, and to aid us in our attempts to serve the Gospel and live as messengers of love.

Along the way, do not expect perfection, do not be afraid of challenges, and do not be surprised by differences of opinions among good people. Never doubt that grace is ours to truly see the other as God sees and to reconcile human hearts. To be sure, the chaos among faithful people is a sign of the Divine Presence, stirring things up, probing hearts and minds, forcing us to dig more deeply to find kindness, wisdom, patience, forgiveness, courage and awe — calling us to be instruments of the Spirit's love.

Editor's note: This reflection was originally published in the May 2017 issue of Celebration. Sign up to receive daily Easter reflections.