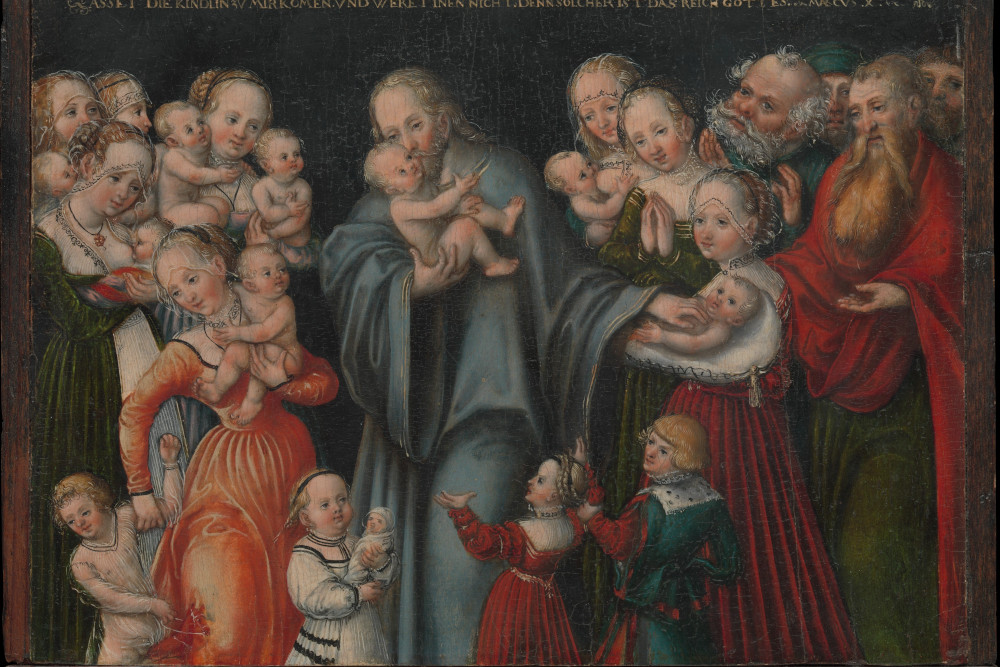 Did Jesus follow the Golden Rule? The little kids among us might answer, "Yes! He made it up!" Actually, the maxim was around at least 500 years before Jesus' time and Confucius might be the most famous of its early proponents. Nevertheless, according to Matthew 7:12, Jesus told his disciples, "Do to others whatever you would have them do to you. This is the law and the prophets." He probably didn't get the idea from Confucius, but from Leviticus 19:18.

As we are going to see in the next few weeks, Jesus took that idea more literally than his disciples might have wanted, and he usually emphasized the prophetic side of it. He gave others the truth that he treasured rather than the inflated flattery for which many people hunger.

In today's Gospel, Jesus is talking to a mixed crowd of disciples and the general public — all of whom seem to be open to his teaching. One might expect Jesus to pump this group up with some encouraging praise, but what he said next was anything but a bumper sticker proclaiming: "My disciples are the best and the brightest."

Looking at the group listening to him, Jesus shouted out a prayer of thanks that God had chosen the "little ones," the less than brilliant, to be the prime recipients of his message. This is a variation on one of his key themes, otherwise stated as: "The last shall be first," or "Unless you become like children, you shall not enter the kingdom of heaven."

If anybody in the crowd felt insulted, Jesus fixed it by identifying himself as meek. No other Gospel writer uses that word and Matthew uses it only three times: here, in the Sermon on the Mount and when he quotes today's first reading about the king whose reign brings an end to weapons and warhorses.

In Jesus' day, meekness was a quality sought in slaves; one biblical dictionary describes it as "enduring all things with an even temper, free from haughty self-sufficiency, tender of spirit." Meekness is not macho.

While Matthew presents this as a spontaneous moment of exuberance and gratitude, we might also take Jesus' words as an introduction to dogmatic theology. Remember, Matthew put this in a setting of prayer and followed Jesus' prayer with a proclamation about his knowledge of God and God's knowledge of him. Such a serious context leads us to understand that Jesus saw meekness as descriptive of God.

That's mighty radical. Just as the demons were the first to understand that Jesus was a threat to every reign of injustice, arrogant people would have been quick to understand this seemingly simple statement as a biting criticism of their behavior and the way of thinking behind their lifestyle.

Try to imagine what would happen if we used Jesus' statement, "I am meek," as the guiding principle for a parish, diocese or church. How would you design a worship space or other church buildings to proclaim that? What activities would be highlighted in the parish bulletin?

Jesus said that the "little ones," people who were teachable and saw themselves as needing to grow, were the ones who understood his message. How would seminarians be taught to dress and what would their ordination ceremony look like if we believed that the "little ones" are the privileged interpreters of God's message and that the Savior of the world appears in meekness?

Honest, radical answers to those questions might well be written off as fantasy, or at best, impractical. But what happens if we let Paul's message guide us? Paul is quite clear in saying, "You are not in the flesh."

That means that your values and your orientation to life are not those of a society in which people all look out for themselves and "their kind." Your life gets no meaning from status, wealth or even health, but rather from your relationships with one another and with God. That is life in the Spirit.

That's what Jesus offers us. He says his yoke is easy and his burden light. The yoke is easy because we don't have to be self-sufficient. Believing that God has given us one another and that we can and must count on God and one another is the ticket to becoming even-tempered. Embracing our need for one another keeps us all tender of spirit. Life in the Spirit produces the kind of meekness that says, "I have much to learn," and when taken rightly and lightly, that's a supremely hopeful statement.

Today's Gospel invites us to enjoy true meekness. It's much easier than preening for flattery and lots freer than pretending we're brilliant.