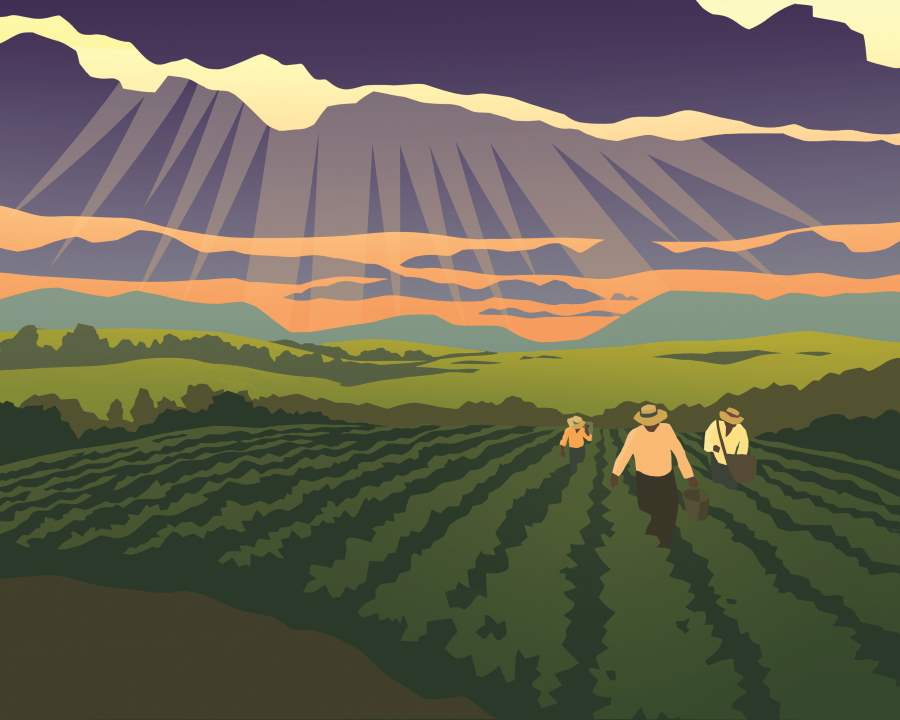 This is what my mother tells me. She knows it's time for her to die, but she "doesn't know how to do it."

I shake my head, "No, and it's not even like childbirth, where you can talk to women who've been through it. With death, there's no one around to ask for pointers."

We laugh. Laughter is one of the gifts we can still share.

I tell her about a friend's aged mother, who also knows it is time to die. Most of the people who make this world home to her have died. She's ready to join them. Every cold, every stomach upset and every cough convinces her that death is at hand and prompts a phone call to her great-nephew, a local priest. She requests "last rites" — not the sacrament of the sick, but last rites. He dutifully responds, holy water in hand and stole about his neck. Or, at least he did respond, until it became clear she was stockpiling viaticum the way her parents once laid up potatoes in the root cellar against the barren winter.

He assures her she has no need of storing grace against the chest cold that turns into a fatal pneumonia. Barren winter is not God's landscape. Want is not God's nature. God loves her, knows her and is waiting to welcome her home.

As so often happens these days, my mother steers the conversation in unexpected directions. She's struck by the notion of God waiting for this woman, and for us. But where? "Where," she asks me, "is God waiting?"

"Are you asking where heaven is?" I say.

"Heaven is wherever God is," I tell her.

She makes a face, waves her hand. She does not want any squishy answers.

I adjust the wheel and try again. I bring up Lucy, her 1-year-old great-granddaughter. "Lucy doesn't know what a grocery store is, or a post office, or a gas station or an airplane. And she doesn't care. All she cares is that she's with her mama. If she's with her mama, the place itself doesn't matter; Lucy's at home."

I read what my daughter, Lucy's mama, wrote to friends and family last Christmas.

Last spring we took Lou to see her Grandma Marcella, Tias, uncles and cousins in Oregon. To get there we boarded three planes, the last of which was the sort of noisy job where they arrange passengers by weight. Lucy flirted her way across the country. She had no fear, and she seems to have no fear. Her home is in our arms. We could up and move to Myanmar or the 17th century — and Sweet Lou would go with us, glad and well.

My mother nods. This is not the full answer she is seeking. She wants a AAA trip guide and, I'm quite sure, a letter from the manager confirming her reservation. And yet. To my mother, who bore and raised four children, and lost two more, the story about Lucy rings true, incomplete but true. It will have to do.

She sits, looking at the hands whose tremors she cannot control. Then, "You didn't like to get too far from me," she says.

On the Fourth Sunday of Easter, in a reading from John's Gospel, Jesus tells us that sheep, like babies, know where they belong. The sheep have no maps, no addresses and no directions. They do not know to which pasture or which pond they will be led. Sheep navigate by listening for the sound of the shepherd's voice. Jesus says that after the gatekeeper opens the gate, "The sheep hear his voice … and the sheep follow him, because they recognize his voice. But they will not follow a stranger; they will run away from him, because they do not recognize the voice of strangers."

The Gospel writer goes on to explain that while Jesus used a familiar and homely figure of speech for his listeners, "the Pharisees did not realize what he was trying to tell them."

I'm not sure my mother and I know what we are trying to tell each other in these conversations about death. I think she wants to say that after 92 years, it is terrifying to leave home. Terrifying even when home has become dim, its sounds muffled, its contours changed in disturbing ways.

I think I am trying to say — as she once said to me, and I once said to my children and my children now say to their own — "Don't be afraid. Not because there isn't something to fear, but because you are not alone. Even in your fear, you are not alone. God keeps watch, both day and night. The God of Israel neither slumbers nor sleeps."
I think I am trying to say that when our eyes do open from death, it will not matter if they gaze upon Myanmar or the 17th century. As long as we hear the Shepherd's voice, and follow it, we will be at home.

Editor's note: This reflection was originally published in the May 2011 issue of Celebration. Sign up to receive daily Easter reflections.