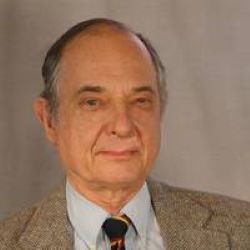 Dr. Joseph Martos, theologian, professor, Catholic sacramental scholar, businessman and social activist, died on March 25, 2020 at age 76, in Louisville, KY. The cause was leukemia, which he had been battling for nine months.

Dr. Martos lived in two worlds, one abstract and theoretical, and the other in the highly personal and practical. He spent a lifetime investigating and propagating the ideas of philosopher Bernard Lonergan and the premise of what it means to truly understand something. Dr. Martos taught at various colleges and universities for more than 40 years, and wrote or co-wrote more than ten books. His magnum opus, Doors to the Sacred: A Historical Introduction to the Sacraments in the Catholic Church, was first published in 1986, and is now in its 4th edition, still used as a textbook in classrooms today. A member of Louisville’s St. William Catholic Community for 27 years, he worked to  promote world peace and social responsibility. He belonged to such organizations as Bread for the World, the Southern Poverty Law Center, and Amnesty International. He was a man of faith who once trained to be a priest, but as the years went by he became known for being a liberal theologian who pushed the church to adapt with modern times.

In contrast to his cerebral side, Dr. Martos also loved being active and working with his hands. He spent countless hours fixing things in the apartment buildings he owned along with his wife, Arden. Over the past quarter of a century, together they forged an unofficial mission to offer affordable housing and sometimes economic help to the people in their immediate community, and they changed the lives of many for the better.

Joseph John Martos was born June 11, 1943 in Astoria, Queens to Joseph F. Martos and Johanna Gondar. His parents separated when he was five and he and his younger sister Marianne were raised by their mother primarily. Joseph was an altar boy at St. Gabriel’s Church, attended Bishop Loughlin Memorial High School, and was a proud member of the Boy Scouts. He achieved the highest rank of Eagle and spent summers sharing with others the traits of the Scout Law that guided his own life. “A Scout is: Trustworthy, Loyal, Helpful, Friendly, Courteous, Kind, Obedient, Cheerful, Thrifty, Brave, Clean, and Reverent.”

When he told his mother that he wanted to become a priest, she sat down on the radiator and cried tears of joy. After two years at a seminary on Long Island, Joseph was selected to go to the North American College in Rome to study at the Pontifical Gregorian University. There, he met Louisville native Joe Merkt, and the two spent countless hours walking around a soccer field talking about religion and faith. Merkt introduced him to the writings of Lonergan, and this changed the course of Joseph’s life. Lonergan’s book, Insight: A Study of Human Understanding, kept Joseph busy for a year as he read it repeatedly. He would get to the bottom of a page, realize he did not understand anything he had just read, so he’d have to go back and read it over again. And again.

By the time Joseph was in his second year at “The Greg” as it was called, he had become aware that in his heart he was becoming more of a philosopher and wanted to deeply examine abstract subjects, said Merkt. Joseph left the seminary and went to Boston College for his master’s; while there he met another philosophy grad student from Queens and got married. They moved to Chicago because he had a scholarship to DePaul University for his doctoral studies, and within a few years their sons, Justin and Ambrose, were born. In 1976, Dr. Martos got his first offer in higher education at Briar Cliff College in Sioux City, Iowa, where he was assigned to teach a course on the sacraments. Unable to find a satisfactory textbook, he wrote Doors to the Sacred. After six years, he took a one-year contract teaching at Xavier University in Cincinnati. When that job was not renewed, he turned to real estate to support his family, gaining valuable knowledge that he’d later put to use in Louisville. He also became a member of Cincinnati’s New Jerusalem community, led Franciscan Friar Richard Rohr, with whom he would later co-author The Great Themes of Scripture: New Testament (1987) and Old Testament (1988), Why Be Catholic? (1989), The Wild Man's Journey (1991) and Wild Man to Wise Man: Reflections on Male Spirituality (2005).

Successful as a realtor, Dr. Martos longed to be back in academia and eventually was offered a position as chair of the theology department at DeSales University in Allentown, PA. He was happy to be teaching once more, but his marriage ended in divorce. His old friend from The Greg, Joe Merkt, reached out to see if he wanted to join him in the religion department at Spaulding University in Louisville. Dr. Martos said yes, and in the summer of 1993 he and his new wife,  Arden, a friend from New Jerusalem, moved to the state known for whiskey and thoroughbreds.

Looking to live where property values were rising and not afraid of a bit of work, Dr. Martos and Arden purchased a run down 19th century mansion in Old Louisville that had been divided into apartments. They lived on the first floor and rented out the rest. Early on, the couple found that their new neighborhood included a diverse mix of people from different ethnicities and economic standings. Dr. Martos and his wife encountered veterans, recovering addicts, and those recently released from incarceration, all of whom could use some support. Esau Owens was one such man. “I used to be a hard-nosed guy,” he said. “Joe and Arden were like heaven sent to me.” While living in a halfway house in 1999, Owens was referred to Dr. Martos and soon found himself working all day tearing out the old carpet in the couple’s bedroom, building the closets, and refinishing the floor. Owens became one of Dr. Martos’ regular carpenters and later a tenant, getting some much needed income but also receiving life guidance along the way. “Joe was like a father to me. He taught me to forgive others and myself, and how to love. He helped make me a better man.”

Over the years, Dr. Martos and his wife purchased several more apartment buildings in Old Louisville with a goal of being landlords who cared about providing decent housing at affordable rents. If a tenant was in danger of losing her job because she didn’t have $10 for the bus pass, Dr. Martos would lend her the money so she could stay employed. While altruistic, it was also practical, as it kept the rent coming in, put food on her table, and kept “the gears of civilization moving,” as Dr. Martos once said. “That’s worth much more than ten bucks.” Since it was a “loan” and not a handout, Joe observed, she could keep her pride, but there was no time pressure to repay the money. He and Arden helped people who needed medication, car repairs, and more. “Even when someone couldn’t pay us back, their lives were improved by much more than the dollar amount that we lent them.” Soon there were piles of paper-clipped bunches of IOUs for various tenants. “We were able to do as much as we could for people, because we decided to live where there were people in need.” Dr. Martos was fond of a Thornton Wilder saying: “Money is like manure, it’s not worth a thing unless it’s spread around.”

As his housing business expanded, at Spaulding Dr. Martos became head of the Russell Institute of Religion and Ministry and continued his life’s passion of intellectual discussion and teaching courses such as Christian morality, contemporary Catholicism, philosophical ethics, Jesus in modern fiction, metaphysics and logic, to name a few. He was a fervent proponent of critical thinking and consistently challenged his students’ beliefs. “The first time you lose your faith is the hardest,” he liked to tell them with a wry smile. “I am not so concerned with what you think, as that you think.”

“I would never have survived 20 years as a chaplain without the ability to accept different points of view on faith and religion,” said Janet Boice, one of his former students. “Some of my conversations with people have been difficult to listen to, but Dr. Martos taught me to be able to really listen without it threatening my own faith. What a gift! He was a gentle, patient and intelligent teacher. He prepared me well.”

After retiring from full time teaching in 2003, Dr. Martos continued to lecture at various institutions around the country, write articles and books, advocate for social justice, and manage the seven rental properties, only slowing down while undergoing treatment for his cancer.

Dr. Martos was an educator, a leader, a lover of language (especially puns), a problem solver, an eternal optimist who looked for the best in all situations and in others, a man who wanted to leave the world a better place, an activist in his community and around the world.

He is survived by his wife, Arden, two sons, Justin and Ambrose, and his sister Marianne.