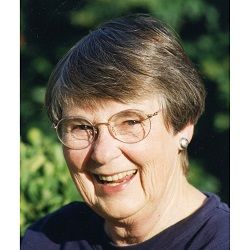 Sister Mary Ann was the first president of St. Mary’s Academy and served as Loretto’s president from 1995 through 2000. She died at her Denver home June 15. She was 93 and in the 68th year of her life as a Sister of Loretto at the Foot of the Cross.

The daughter of Loretta (Teatam) and Charles L. Coyle, Sister Mary Ann was born Nov. 1, 1925, in Des Moines, Iowa. Mary Ann earned a bachelor’s degree in chemistry, with minors in biology, history and philosophy, in 1948 from Loretto Heights College in Denver. She entered the Loretto novitiate in 1951 and was received into Loretto April 25, 1952, donning the habit and taking the name of Sister Charles Loretto in honor of her parents. She kept that name until 1967. She made her first vows May 24, 1954, and her final vows Aug. 15, 1957. Sister Mary Ann earned a master’s in chemistry in 1958 from Catholic University in Washington, D.C., and a doctorate in organic chemistry in 1964 from Colorado University in Boulder.

In the Denver Archdiocese, where Sister Mary Ann served almost exclusively, she taught math and chemistry at St. Mary’s Academy from 1954 to 1956. From 1977 to 1987, she served as the first president of the academy, the first of the Sisters of Loretto establishments in the state of Colorado. One of her major accomplishments during her tenure at St. Mary’s Academy was the raising of money to pay off the mortgage on the high school building, a goal reached in just two years. Under her direction, an endowment fund also was established, the tradition of annual dinner-auctions as primary fundraisers was initiated, the Bishop Evans Sport Center was completed and dedicated and an Early Learning Center was created at the Tech Center.

Sister Mary Ann also spent several years working at Loretto Heights College in Denver. In 1958, she was assigned to the science department, and, after earning her doctorate six years later, was appointed chair of the chemistry department. She served in this role until 1977.

Among her ministries outside of the Denver area, Sister Mary Ann volunteered as an exchange teacher for summer terms at Meharry College in Nashville, Tenn., and also taught during the 1970-71 school year at Texas College in Tyler. She followed up with summers of voter registration in the southern states in the company of her good friend, Loretto Sister Mary Ann Cunningham.

From 1987 to 1995, Sister Mary Ann served the Loretto Community in multiple capacities, including becoming a member of the central staff and an elected member of the Executive Committee. In 1994, she was elected president of the Loretto Community and served a six-year term. Throughout her life, Sister Mary Ann worked for ending the disparity for the economically disenfranchised, for the empowerment of women and for the preservation of the earth. She was an inspiring leader for the Sisters and Co-members of Loretto.

Sister Mary Ann had been involved in numerous projects, both as Loretto’s president and in the years since. Among her many activities, she served as secretary for Region XIII of the Leadership Conference of Women Religious, and was on the Board of the Conrad Hilton Fund for Sisters, the Board of Trustees of Havern School in Denver and the Board of Directors of Loretto Academy in El Paso. She also provided inspiring guidance for the Loretto Earth Network, holding the title of emerita of the Loretto Earth Network News until her death.

Sister Mary Ann donated her body to the Colorado Anatomical Society. She is survived by her Sisters and Co-members of the Loretto Community, her sister-in-law Elaine Coyle of Denver and many nieces, nephews, great- and great-great nieces and nephews.