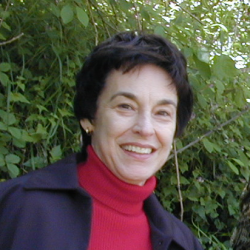 Susan Allain Miller died peacefully in her home in Atherton on Tuesday August 4, 2020 with her husband Dean at her side. She had been dealing with cancer since the diagnosis and surgery in 2016.

She taught school after college and then moved to Southern California where she worked in the movie industry. She came to Northern California and for many years was the office manager for an electronic manufacturers rep. firm in Silicon Valley. In 2005 she became the manager of a small Menlo Park manufacturing firm serving the medical device industry. In 2010 she was named CEO of that firm and continued in that role until retirement in 2015.

Susan was trained as a Spiritual Director at Mercy Center in Burlingame. She led a women's spirituality group at Christ Church Portola Valley for 16 years. She was also active in the chapel community at Woodside Priory for many years.

A private memorial service will be held at the Woodside Priory Chapel. In lieu of flowers, we request donations to Catholic Worker House in Redwood City, California.