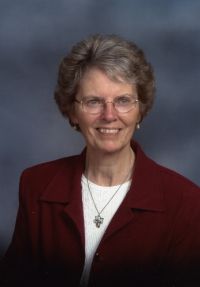 Joyce Meyer is a Sister of the Presentation of the Blessed Virgin Mary and served as executive director of the Conrad N. Hilton Fund for Sisters, a grant-making organization supporting the works of Catholic sisters globally, from 1999 through October 2011. She worked for five years as a missionary in Zambia, where she taught English at a secretarial college and served as executive director for the Zambia Association of Sisterhoods, the national conference of women religious. She is on the boards of the Conrad N. Hilton Foundation, Medicines for Humanity and the International Foundation of the Good Shepherd Sisters and has served as international liaison to women religious for Global Sisters Report since January 2014.

Global Sisters Report: "Living interculturally is a vocation" that means moving beyond a multicultural approach, the Argentine sister told the International Union of Superiors General assembly.

Franciscan Sr. Sheila Kinsey addressed about 850 superiors general of women religious congregations gathered May 7 in Rome during the second day of the International Union of Superiors General's plenary assembly.

Global Sisters Report: Sr. Marie-Paul Ross of the Missionary Sisters of the Immaculate Conception was called "the nun from Canada who is speaking clearly and openly about sexuality."

After a recent personal experience in Tanzania and Malawi of electrical blackouts, cold showers, limited or no internet, cooking with charcoal, and the sight of mountains stripped of trees, I was reminded of a project I started in November 2016 to research how sisters in sub-Saharan Africa use solar energy.

I was motivated to continue it when sisters at the Association of Consecrated Women of East and Central Africa, or ACWECA, gathering in late August in Dar Es Salaam, Tanzania, questioned me about what I had found.