Skip to main content
News
This story appears in the NCR's Person of the Year feature series. View the full series. 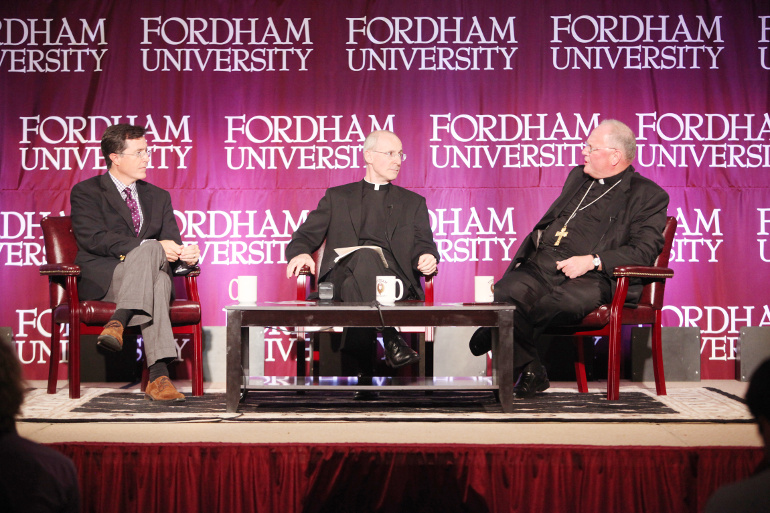 China accused U.S. politicians and entertainment personalities of "cultural arrogance" for defending Sony Pictures and its movie, "The Interview," in which the comedy duo Seth Rogan and James Franco were involved in a CIA-engineered plot to assassinate North Korean leader Kim Jong-un. Such criticism could be dismissed, coming as it does from a nation that systematically denies its citizens participation in governance and tightly controls all forms of expression; however, there is a grain of truth in it. The Hollywood cabal that dominates the film industry displays cultural ignorance when its sole aim is profits and the yardstick it measures all projects against are the tastes of U.S. males between the ages of 18 and 24.

Yet, until the film is seen widely and tested against time, we will not know if "The Interview" is another "Pineapple Express" (a 2008 film in which Rogan and Franco play pothead buddies on the run from a hit man) or a classic satire like Charlie Chaplin's "The Great Dictator."

I regret that Sony pulled "The Interview" from wide distribution, and while I don't know if I would recommend the film, I will defend the right of Rogen, Franco and Sony to make it. The controversy over "The Interview" isn't what I wanted to write about, but it fits my general theme, which is the proper use of media and the media's power to engage and educate an audience. And that brings us to Stephen Colbert.

In the internal poll we conduct among editors and contributors, Colbert was nominated as NCR's person of the year for 2014 as a way to honor his nine years of stinging satire on "The Colbert Report," which ended its run Dec. 18 as he prepares to take over for David Letterman at the "Late Show" on CBS this year.

Colbert could have been writing our editorials for us, said the staffer who recommended him as person of the year. Indeed, Colbert has skewered the same politicians, public officials and policy issues that NCR rails against issue after issue.

Colbert also teaches first Communion classes at his parish in Montclair, N.J., where he lives with his wife and three children. He told Rolling Stone that faith plays a very big role in his life: "I'm first to say that I talk a good game, but I don't know how good I am about it in practice."

Testifying in Congress on immigration reform, he was asked why he was there. Colbert responded: "I like talking about people who don't have any power, and … [some] of the least powerful people in the United States are migrant workers. … We invite them to come here and at the same time ask them to leave. And that's an interesting contradiction to me. And, you know, 'whatsoever you do for the least of my brothers,' and these seem like the least of our brothers right now. … Migrant workers suffer and have no rights."

We also considered the appropriateness of honoring an unapologetic lay Catholic who has effectively used the media to spread Gospel values during this our 50th year of being a lay-led, independent media voice. We had a strong case to name Colbert our person of the year.

Mr. Colbert, you almost made it. But look at your competition.