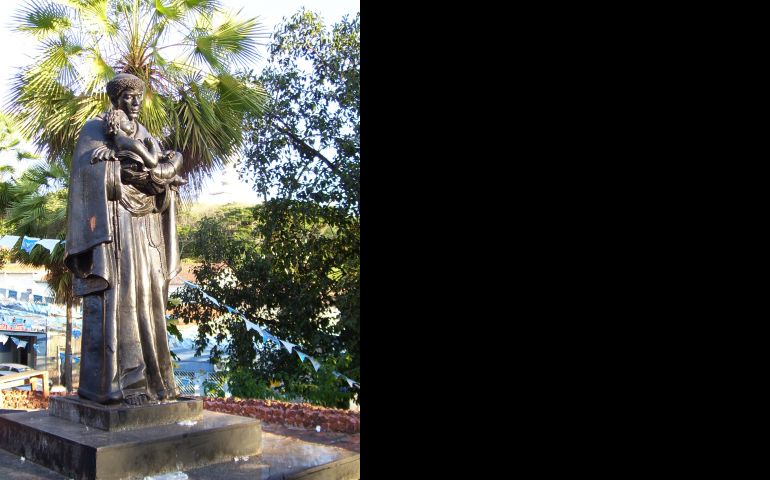 Statue of Saint Benedict the Moor, in the front of the Church of Our Lady of the Rosary and Saint Benedict, Cuiabá, Mato Grosso, Brazil. [Public domain], via Wikimedia Commons
This article appears in the Black Saints feature series. View the full series.

Did you know a slave born of Christian parents at Philadelpho in Sicily in 1522 became a Franciscan monk and saint?

St. Benedict the Moor was known for his mild demeanor and his humble spirit. He became the superior of the community of hermits at Montepelligrino, near Palermo even though as the cook for the community, he claimed to be unworthy. That congregation was ordered to disband by Pope Pius IV in 1553 and St. Benedict joined the Franciscan Friars Minor of the Observance. The convent was poor and depended on charity, but there was never a shortage of food. St. Benedict seemed to miraculously multiply their food supply. His reputation for sanctity and miracles soon spread throughout Sicily. He was a very humble man who would sometimes travel at night to avoid being recognized.  Throughout his life he endured most of the austerities of his hermit years, always keeping seven Lents per year. Dying at the age of 63, he was cheered on his deathbed by a vision of Saint Ursula. He was canonized in 1589, and chosen patron saint of Palermo.