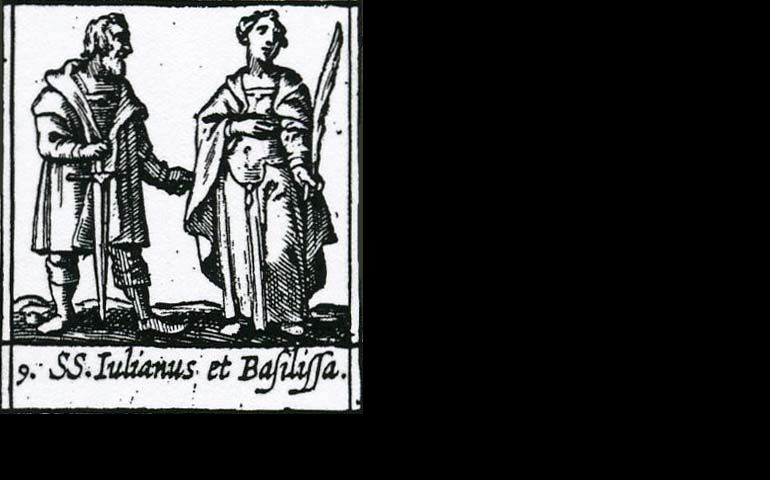 Did you know that married lay people can become saints?

Saints Julian and Basilissa, though married, lived in chastity by mutual consent about 304, in Antioch during the reign Diocletian. They used all their money in relieving the sick and converted their home into a hospital which sometimes housed thousands. Saint Basilissa tended the sick women in one part of the house while Saint Julian ministered to the men in another part. Saint Julian came to be known as the hospitalarian.

Saint Basilissa died before Saint Julian after several persecutions; Saint Julian lived many years longer. Although they both died in peace, the Church calls them martyrs

The Memorial Service at Fort Hood

'Midnight's Children' the rich story of seeking an identity