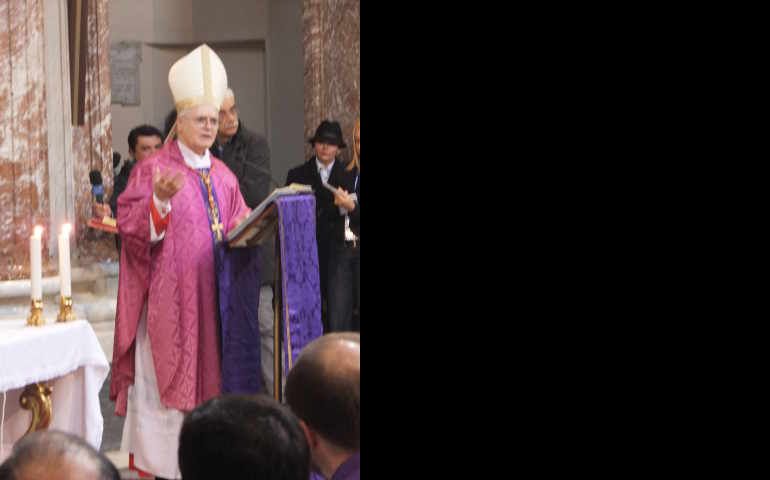 Rome — On Sunday March 10, as the cardinals fanned out across Rome to celebrate Mass at their titular churches -- those assigned to them in an ancient linkage with the Bishop of Rome -- Brazilian Cardinal Odilo Pedro Scherer celebrated a mid-morning liturgy at Sant'Andrea al Quirinale, a beautiful if comparatively small church with pews for 200 worshipers.

Twice that many media members surrounded the seating area, the camera operators angling to position their viewfinders as the cardinal preached his homily in Italian, reflecting on the Gospel parable of The Prodigal Son.

The archbishop of Sao Paulo, Scherer is a Brazilian of German descent; he was clearly at ease through the service, projecting a pastoral warmth without seeming forced. He exhorted the faithful to pray for the church in "certainly a difficult time, but also a joyful one and full of hope."

Scherer, who studied in Rome as a young priest and returned years later, from 1994 to 2001, as an official at Congregation for Bishops, is considered a front-runner among the papal contenders in many news reports. He reportedly has support from the camp of old-line members of the Roman Curia loyal to Cardinal Angelo Sodano, aged 85, the Dean of the College of Cardinals. Sodano is too old to vote in the conclave.

Cardinal Angelo Scola of Milan, a theologian in the conservative mold of Benedict XVI, is said to have support among cardinals who want tough-minded reform of the Curia after the Vatileaks scandal.

Scherer evinced no hint of how he might govern at the Mass, though he showed a soft touch after the service in greeting a couple at the altar who were celebrating their 70th anniversary.

The cardinal, aged 63, was beaming as he offered congratulations, adding that he was not yet born when they got married.

How to defeat Donald Trump? Be smart.

Cardinal urges senators to back measure to defund Planned Parenthood