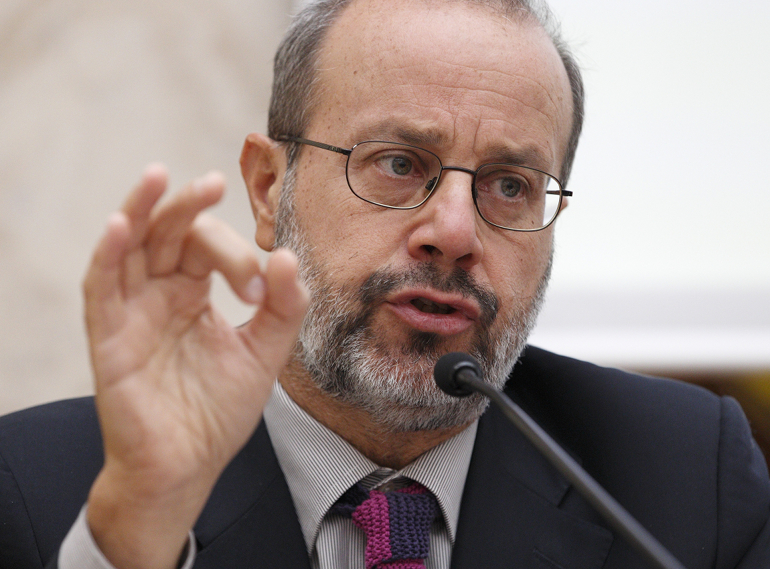 As the church's cardinals discuss who should be the next pope, they'll also be considering how the church should be governed in the future, the editor of the Vatican's semi-official newspaper said Saturday.

"The church always needs reform," said Giovanni Maria Vian, a native Italian who is the editor of L’Osservatore Romano. "In history, the church of Rome and the church in general has shown its ability to respond and reform."

A daily Italian-language paper, L’Osservatore Romano also publishes weekly editions in a number of other languages.

This week the paper has also published a number of special issues centering on Pope Benedict XVI's resignation and the beginning of the period of "sede vacante," when the church is without a pope as the cardinals begin to decide who will next fill the role.

Speaking in a short fifteen-minute interview in his Vatican office, Vian focused on the issue of church reform. The key reality of the Vatican, he said, is that "the Holy See is managed with care and with a continual effort to be faithful to the Gospel."

Following is NCR's interview with Vian, who spoke in English with the occasional help of a translator.

NCR: What do you think will be the big issues the cardinals discuss as they prepare to choose a new pope?

Vian: I think the big issues will be the issues which the pope himself has indicated when he announced his resignation: The governance of the ship of St. Peter and the pronouncement of the Gospel.

What do you mean by governance?

Not only the Vatican governance, because you know in the Christian tradition the ship of St. Peter is not the Vatican, principally, but the whole church concretely, presided by the bishop of Rome.

Because the chief of the church is Christ himself. But the visible chief is the bishop of Rome, that is, the pope, the Roman pontiff, as canon law says.

Some cardinals, perhaps because of the situation surrounding last year’s trial of the papal valet, say they are now looking for a pope who will be a better manager of the Vatican. What do you make of that?

Before Benedict XVI, the principle reformation is the inner reformation. And we can expect a mix between these couple of instances. A structure of governance, but most important is the necessity of the continual spiritual reformation.

In the Middle Ages, Christian thinkers said ecclesia semper reformanda est, the church always needs reform. In history, the church of Rome and the church in general has shown its ability to respond and reform.

You obviously spend most everyday in your job following the Vatican and being familiar with how things work. For those of us far away in the U.S., what do we need to know about the Vatican?

It is necessary to make a distinction between the reality in Rome -- the Vatican -- and the stories which are told in the newspapers. I have the impression that in some media, mostly Italian media, there is much imagination and wishful thinking, but no keen attention at what the reality is.

What is the reality?

The reality is that while there are imperfections that you can find in all human institutions, the Holy See is managed with care and with a continual effort to be faithful to the Gospel.

[Joshua J. McElwee is an NCR staff writer. His email address is jmcelwee@ncronline.org. You can follow him on Twitter at twitter.com/joshjmac.]