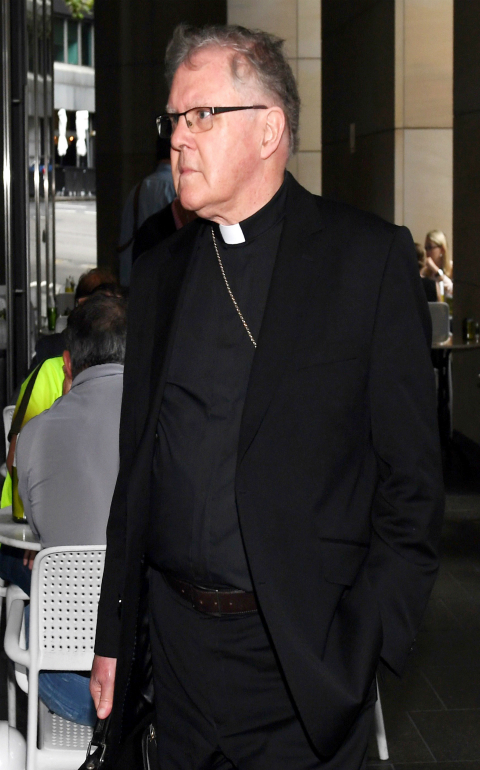 In a wide-ranging discussion, members of Australia's Royal Commission into Institutional Responses to Child Sexual Abuse and experts called to testify discussed how good business practices might or might not make children less vulnerable.

The hearing included discussion of church governance, celibacy and what seminarians are being taught about power and leadership.

The Royal Commission - instituted by the government in 2013 - is conducting a three-week wrapup of its inquiry into child abuse within the Catholic Church. Unlike past hearings, which focused on specific cases, these hearings were to focus on church theology and doctrine, structure and governance, including the role of the Vatican and canon law, and issues like celibacy, confession and more.

Maureen Cleary, who has extensive experience as a governance consult for church and nonprofit organizations, told the commission there were many governing groups within the church.

"People tend to think of the church as one hierarchy where the pope speaks and everybody else jumps, all the way down. Nothing could be further from the truth, particularly with regard to the governance of religious institutes and the lay associations and some other groupings," she said Feb. 8, the third day of hearings. "I like to think of them as we have a central institutional church and, attached to it, in a variety of ways, are relatively autonomous groups. I think that's very, very important in terms of this particular group's ability to institute new change."

She said others in the church should look at the example of groups, such as Catholic hospitals, which have legally incorporated, remaining within the bounds of canon law. She also advocated looking at women's religious orders, where leadership is based on a rotating basis in line with the order's constitution.

Cleary and Patrick Parkinson, a law professor at Sydney University, spoke of the need for more involvement by laypeople to help break the institutional church's system of clericalism, a pyramid structure of authority discussed in previous sessions.

Peter Johnstone, president of the Australian group Catholics for Renewal, formed after revelations of abuse began to become public, called the church "dysfunctional, in that it is doing things that are totally contrary to its mission."

"Very few bishops listen to their people," he said, noting that there are some good bishops in the church. "There have been very few synods or other assemblies run by the bishops of this country, and there are provision(s) for synods under canon law. There's also provision under canon law for diocesan pastoral councils. Very few bishops have diocesan pastoral councils. There's a lack of due process in the way things are done."

Johnstone praised a video Archbishop Mark Coleridge of Brisbane released about the commission hearings, because "he said it's not enough to change procedures and protocols - that has to happen - but we have to shift the culture, and that's a much more difficult thing to do. I would add - to shift the culture, that's talking about the church globally, worldwide, because the problem is in the total governance of the Catholic Church."

Archbishop Coleridge also testified at the hearing and was expected to appear at least two more times over the course of the three weeks.

He told the hearing that the Catholic Church was "a most unusual and mysterious combination of the decentralized and the centralized" when it came to governance.

The archbishop told the commission that in 2020, the Australian bishops will convene a plenary council, a decision-making assembly that "has teeth legally."

"It is a decision-making body and we are going to have to make - when I say 'we,' I mean all of us - big and important decisions about the future and about the kind of thing or the issue that you raise: What are the structures and strategies that we are going to require now and into the future to bring about cultural change? This is where I have to say we do look to the Royal Commission for help" for suggestions of structures and strategies.

He added that preparations for the plenary council would be more than "two very clumsy questionnaires," as were used before the 2014 and 2015 synods of bishops on the family at the Vatican.

Commission members also queried the archbishop about whether celibacy played a role in clerical sexual abuse. The archbishop told them he was not persuaded that clerical celibacy was a causative factor in abuse, but it could be considered a "major aggravating factor."

Parkinson testified that emotional isolation combined with unchosen celibacy could be a causative factor for abuse. But Archbishop Coleridge said celibacy, which is chosen, "leads to a kind of solitude, but solitude that doesn't have to be loneliness."

Some suggested that if a priest had more supervision from a bishop, it might cut down on sexual abuse of children.

Archbishop Coleridge said he thought the church could learn from the corporate world and acknowledged that there were similarities between the bishop-priest and employer-employee relationship.

"I have no right to go to a priest who is not an employee of mine and say, 'Excuse me, are you in a sexual relationship?' See, at that point I intrude into what's called the internal forum and I have no right, as the bishop, to do that. And the priest would have every right to say, 'It's no business of yours.' Well, in some ways, of course, it is my business, but it's a delicate matter entering in to that point of a priest's life. I have no right to ask those questions or, if I do, to expect an answer."

That, he said, would be more a job for someone providing spiritual direction or professional supervision.