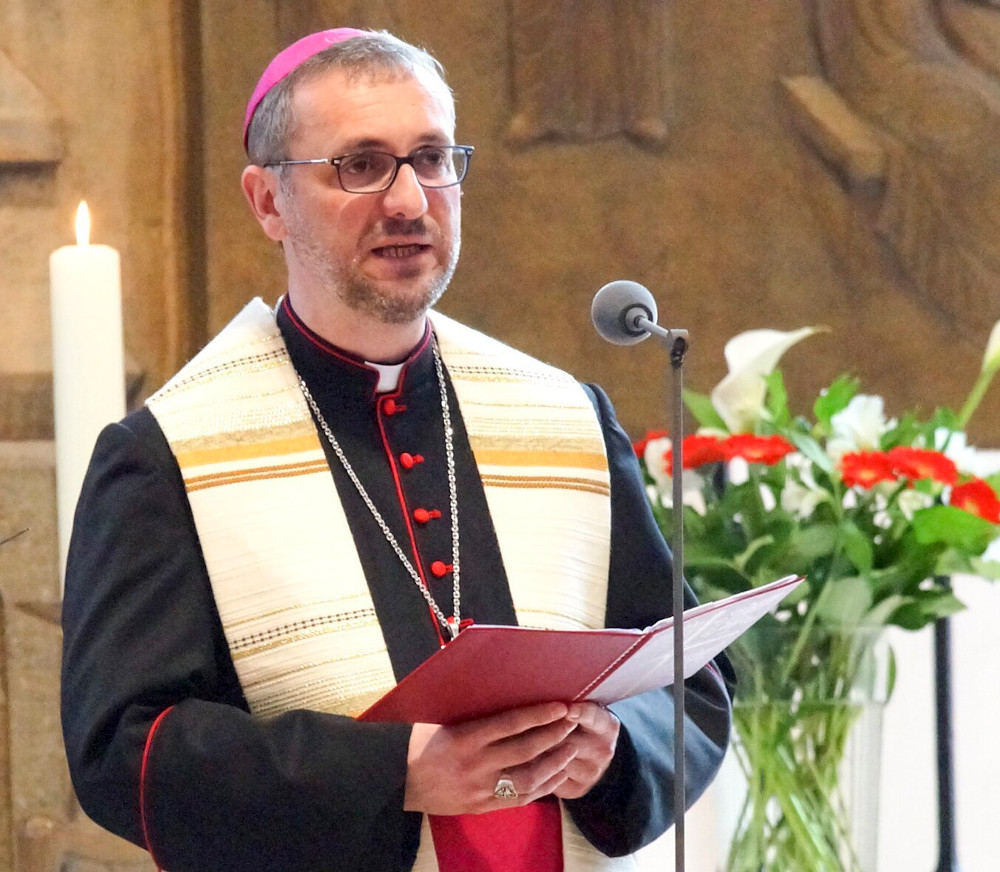 German Archbishop Stefan Hesse of Hamburg is pictured in an April 18, 2015, photo. Hesse stepped down as spiritual assistant to the Central Committee of German Catholics amid abuse cover-up allegations. (CNS photo/KNA/Matthias Greve)

Hamburg Archbishop Stefan Hesse has stepped down from his post as spiritual assistant to the Central Committee of German Catholics, the most important laypeople's organization of the church in Germany, pending clarification of all the allegations about his possible role in covering up sexual abuse cases during his time in Cologne.

The German Catholic news agency KNA reported Hesse said Nov. 19 he greatly regretted "that my duties for the Central Committee are burdened at the current moment by the public debate about the handling of sexual abuse in the Cologne Archdiocese." He said he would "concentrate on an appropriate clarification of all the issues up for discussion."

He added that he would remain in close contact with the executive committee of the Central Committee.

The archbishop did not participate in the Nov. 20-21 virtual assembly of the Central Committee.

The development came amid allegations that Hesse, during his time as head of personnel in the Cologne Archdiocese, covered up abuse cases and violated canon law.

Hesse continues to deny the allegations. "Back then, regarding the question as to which canon law steps would have been required, I had to rely on the judgment of legal experts of the Cologne Archdiocese," he told KNA Nov. 19.

The archbishop, now 54, was head of personnel in Cologne starting in 2006 and later was vicar general of the archdiocese. He became archbishop of Hamburg in 2015.

Thomas Sternberg, president of the Central Committee of German Catholics, stressed that he respected Hesse's decision. He assured the Hamburg archbishop of the "executive committee's steady willingness to communicate" and thanked him for his dedication thus far and for the "excellent cooperation."

Sternberg also announced that the executive committee would present the full assembly of the Central Committee with a resolution about dealing with the issue of sexual abuse.