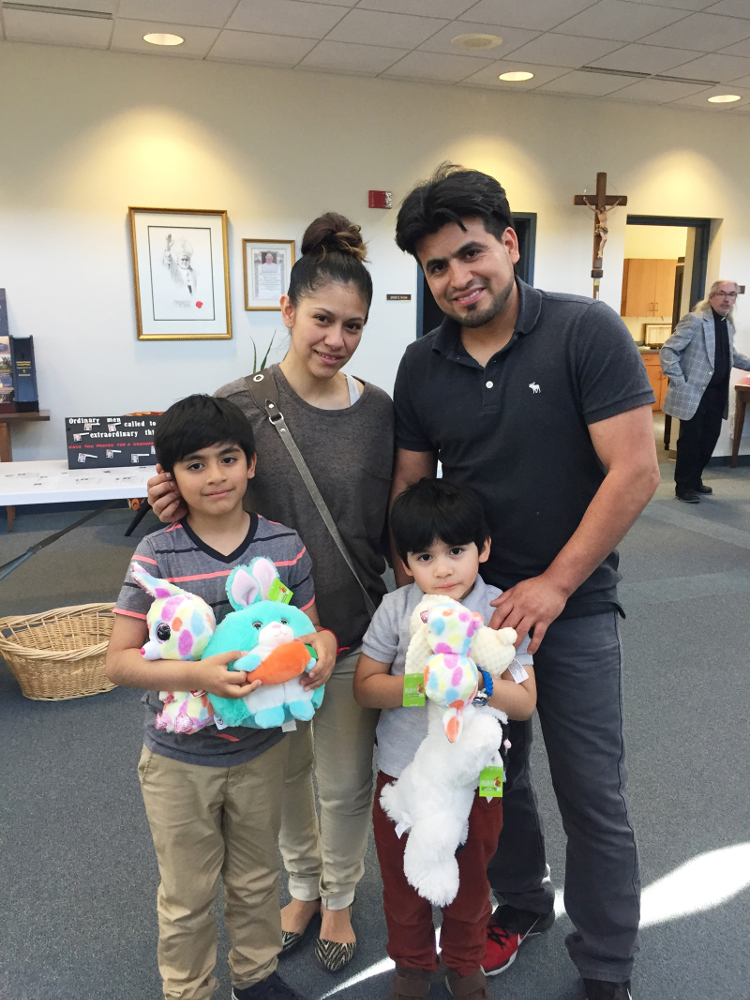 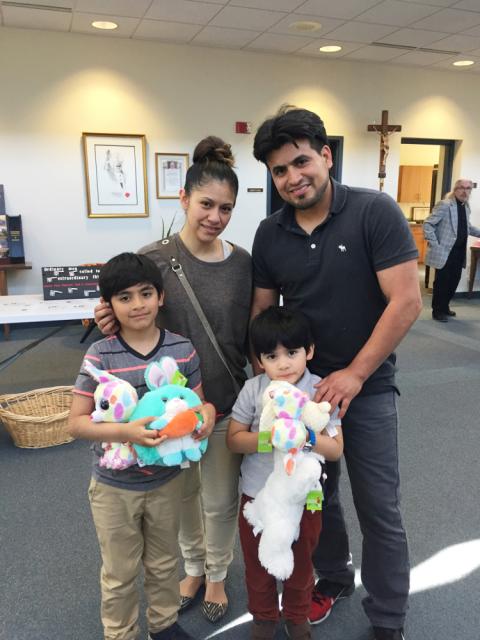 One year ago, the lives of 32 families in this southeast Iowa town of 8,700 people were upended by an immigration raid that resulted in the arrest of 32 men at the concrete plant where they worked. Most of these men were husbands with families who depended on them for financial support.

Davenport Bishop Thomas Zinkula began his homily by telling the congregation that after the raid, they demonstrated love for these men and their families by contributing to their needs. "You prayed with them, you wept with them, you hoped with them, and when there were positive developments along the way you rejoiced with them."

He said the raid was "like a death; it was like walking in the dark valley," but that the community's response was "a resurrection, a new life, a light shining in the darkness."

Tammy Shull of Iowa WINS (Iowa Welcomes Immigrant Neighbors), a community-based commission of First Presbyterian Church, said the prayer service was "a way to mark what we've gone through together. Last year, the families were scared and wondering what they were going to do. Now we're friends and we work together."

First Presbyterian Church serves as a distribution center to assist the immigrant families impacted by the raid May 9, 2018. Iowa WINS, which oversees that effort, reports that since the immigration raid at the Midwest Precast Concrete factory, eight men have been deported and one is in hiding for fear of his life in Honduras. Twenty-four men paid thousands of dollars to be released on bond from immigration detention and are now at home awaiting court hearings to take place sometime during the next two years.

"While awaiting their hearings, some of the men have been allowed to apply for work permits. One father "received his work permit and is excited to begin to work again, pay taxes and support his young family," according to the Iowa WINS report. "Most of the men were the primary wage earners for their families. The women and children left behind have had a significant loss of income and suffered emotional hardships," according to the report.

Iowa WINS has raised more than $300,000 for the immigrant families to help cover housing, utility, legal expenses and basic necessities.

Julieta Reza's husband is among the immigrants arrested in the raid who was released on a $10,000 bond, which had to be paid in full. The cost was beyond their financial means, so they used savings, a loan and financial help from family and friends. Her husband, who is from Guatemala, has applied for asylum, but "the situation in the courts is really slow," she said.

They recently called their lawyer and learned that the hearing won't happen until 2020. Her husband does not have a work permit. He can obtain one while waiting for a court hearing before a judge, but the process is long, expensive and granted on a case by case basis, Shull said.

"We get a lot of support from Iowa WINS, the Presbyterian Church and this church (St. Alphonsus)," Reza said after the prayer service that she attended with her husband and their two children, ages 7 and 4.

"We know we are not alone," she said, adding that people in the community "know we are good people."

Reza appreciated the prayer service because as she put it: "The most important thing is the spiritual message given to us. We need to remember that God gives us support for different things ... from the people to the church to the whole community."

Her extended family has been in the U.S. since 2003. "God wants our family here," she said.