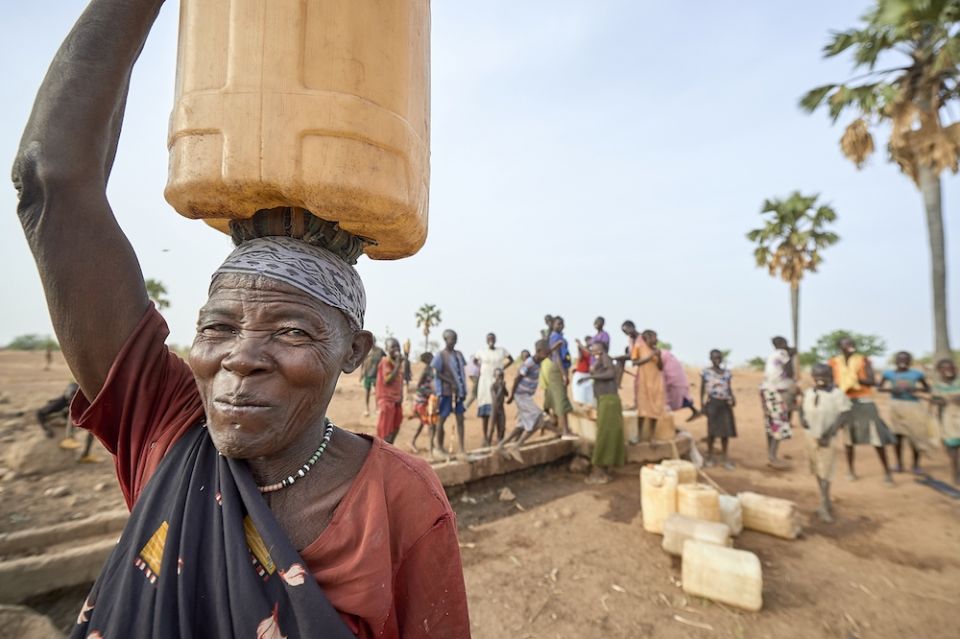 A woman carries water from a well in Lugi, a village in the Nuba Mountains of Sudan. (CNS photo/Paul Jeffrey)

Two billion people — about one-quarter of the world's population — lack access to safe water in their homes, and within four years, half the people in the world may live in water-stressed areas, according to hydrologist Jay Famiglietti, who heads the Global Institute for Water Security at Canada's University of Saskatchewan.

Using data from satellites, scientists have created a map showing where water supplies are increasing and decreasing on the planet.

The map shows that "[t]he world's wet regions are getting wetter and its dry areas are getting drier much more quickly than previously thought, changes that threaten the availability of fresh water and create new risks to people's health, the food supply, and the environment," Famiglietti writes in the Pew Charitable Trusts' Trend Magazine.

Both too much water and too little are dangerous, as both floods and drought can displace millions of people, kill their livestock and ruin their crops.

One of the most disturbing features of the water availability map, says Famiglietti, is that major aquifers in all of the inhabited continents — including the Central Valley and Ogallala aquifers in the United States — are shrinking, mainly because water is being pumped from them for agriculture faster than they can recharge from rain and surface water. That could endanger global food supplies in the future.

Water is a political issue that is will become more urgent in the years ahead. Famiglietti argues that better water management is needed. Farmers must use methods that reduce water use and countries must cooperate on management of water sources, like aquifers, that cross borders.

Individual decisions also matter. Most people know about low-flow toilets and water-saving appliances, but a lot of water goes into food, too. Meat and processed foods have a bigger water footprint than vegetables, for example, and it takes about four times as much water to produce a pound of beef as a pound of chicken.

[A]ccess to safe, drinkable water is a basic and universal human right, since it is essential to human survival and, as such, is a condition for the exercise of other human rights. (Laudato Si', 30)

Water supplies used to be relatively constant, but now in many places demand exceeds the sustainable supply, with dramatic consequences in the short and long term. (Laudato Si', 28)

The Scriptures affirm that the "earth is the Lord's and everything in it." (Psalm 24:1) 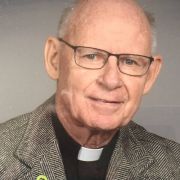