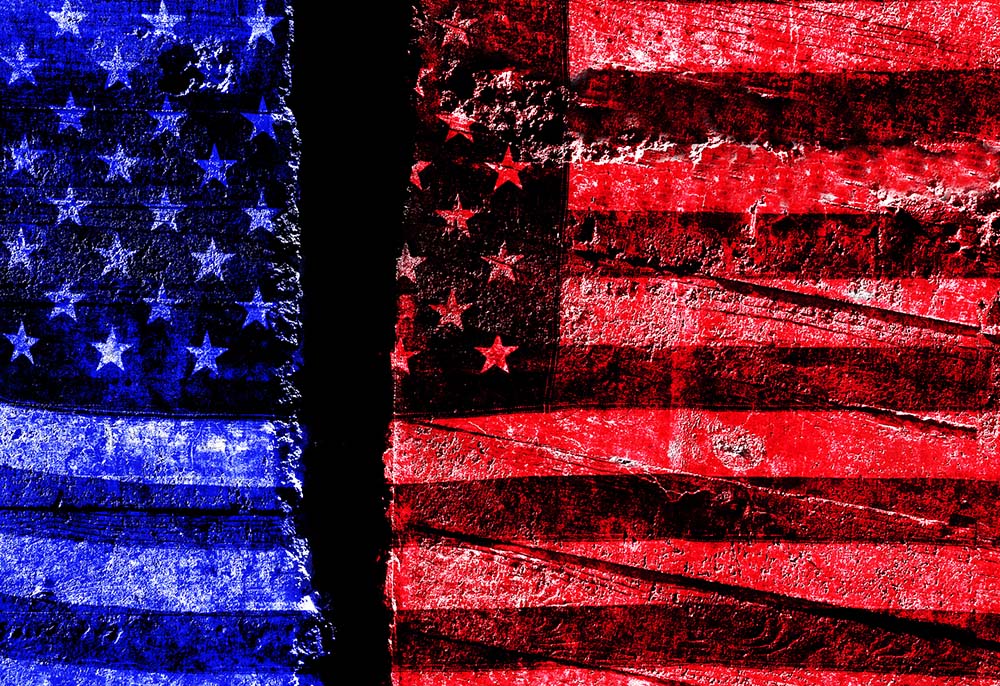 I am worried about the polarization that is rife in our nation and in families. The tension is heightened as many people dread holiday dinners. Polarization on television is one thing, but at the dinner table it is often anguish that cannot be masked. Politicians leverage the division to attract more votes and get the endorsement of their party. This tension is making me weep for the people of our nation.

It is not just a family concern. The tension between urban and rural communities of our nation is extreme. When I was still at Network, the lobby for Catholic social justice, we did a series of rural roundtable conversations. I would usually start a session with the question: "What do city folk like me get wrong about living in the country?"

At almost every session, someone would say that city folks think that country people are dumb and uneducated, and it is not true. When I checked with my city friends, many thought that people in rural communities were uneducated. People are living in different geographical areas and in different political realities. This division is tearing our nation apart.

It breaks my heart. My brokenhearted prayer led me to commit to work to heal this divide.

As a result, I have been collaborating with three others to create an opportunity for people to talk across the vast divides and find a common care — if not a common ground. It is challenging to get such a movement going. We have a design for a program but in order to be effective we need to have a couple of people who identify as more conservative to join our group. Recruiting such a person is proving to be very difficult.

This effort at healing the heart of our nation has taught me that the judgments on both sides build walls of division and rancor. The call of Jesus in the Gospel to love one another is very difficult.

In the process, I have learned a lot about the great divides among us. It has been a Lenten journey of challenges and resistances. To date, we have not found anyone who is willing to join our effort. Many are willing to talk with us, but not join an effort to make a difference. So I am led to try to share what I have learned so far in my Lenten asceticism of talking to people who think differently.

The first thing I learned is that conservatives do not believe me when I say that I want to listen and learn from them.

One pastor told me that he believes that in the 1970s the United States shared a moral foundation. He says that this is no longer true. He says that he and the right find their foundation in biblical morality. He explained that this meant, for example, that there is no biblical moral acceptance of those who identify with the LGBTQ community. He also added that he does not believe that the civil law should extend beyond the biblical boundaries because this is using civil law to impose ideas of the few.

This perspective made me want to weep! But my prayer has taught me to keep listening.

I tried to stay open and ask a follow-up question. I asked how he reconciles Jesus' command to love and this "biblical morality." He responded that "biblical conservatives" have been too easygoing and trusting. This has resulted in problems in our society that need to be stopped. As a result, many are angry and tired of the immorality, and have drawn a line they will no longer cross.

What he said was that the important thing about Trump is that he is a "disrupter of the establishment." It is not that conservatives support his behavior; it is that they like his disruption of the status quo and the "deep state." This pastor's view is that Trump really is shaping a third party by going through the Republicans. And anything that disrupts the growth of government is good for the country.

The pastor went on to say that what conservatives want is a "society," not a "state." What they are pursuing is a way of living together in harmony at the local level and without federal programs and legislation. It was chilling to hear that the federal policies we work so hard for are, for him, seen as a kind of fascism based on "crony capitalism." 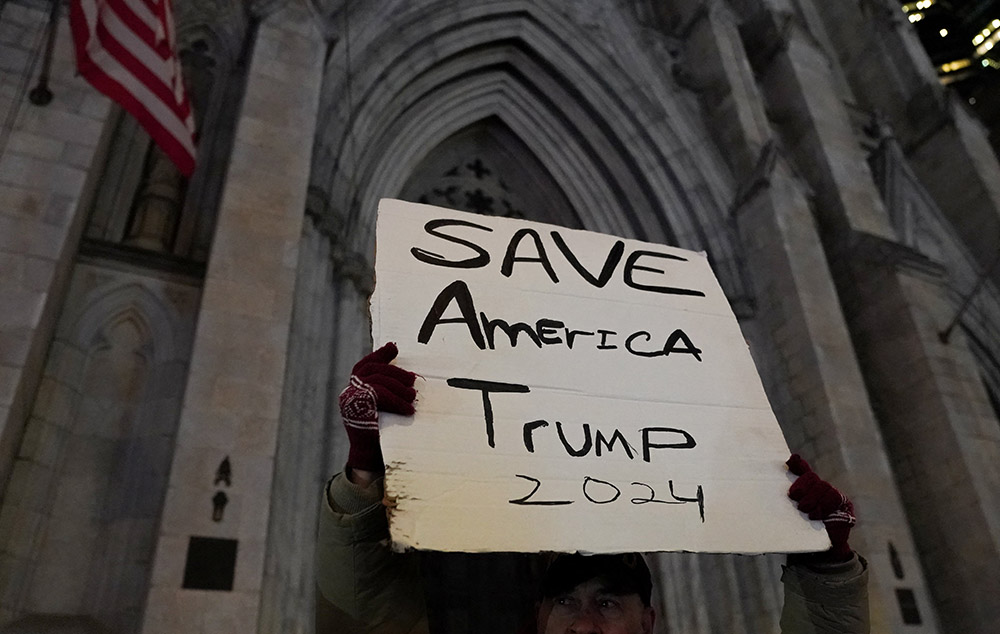 A person in New York City is seen during a candlelight vigil outside St. Patrick's Cathedral Jan. 6, 2022, the first anniversary of the attack on the U.S. Capitol by supporters of former President Donald Trump. (CNS/Reuters/David Dee Delgado)

At the end of our conversation, I asked what we can do to change the divisiveness in our society. This pastor responded that we need to see how we are inspired and motivated by different things. He says that the conservative is inspired by loyalty to family, faith and country. This includes "keeping your word." He saw this as different from the progressive community. He thought that the progressive community was trying to use government to promote their "secular" agenda.

So in my Lenten practice of trying to listen beyond the divisions, I have learned that I can barely absorb the conservative reality and find a common care. When I feel judged, I am tempted to react with judgment. When I am told by one pastor that "liberals" have "lost their moral footing," I want to call back, "So have you."

This effort at healing the heart of our nation has taught me that the judgments on both sides build walls of division and rancor. The call of Jesus in the Gospel to love one another is very difficult. My prayer leads me to know that we must start if we are going to change the trajectory of our nation and our world. We each have a part to play. My part in this moment is to connect with those who think differently in the hope of building a bridge toward understanding. Can we move toward each other for the sake of peace?

I was encouraged by the writing of Rabbi Mike Moskowitz, who says that proximity is how we are challenged to see the world in new ways. Dare we be so bold as to follow Jesus into proximity with those who so disagree with us that we might see the world anew?

As we approach Holy Week, let us risk a journey into care that might touch the pain of our nation and liberate the Spirit of hope.

This story appears in the Lent feature series. View the full series.