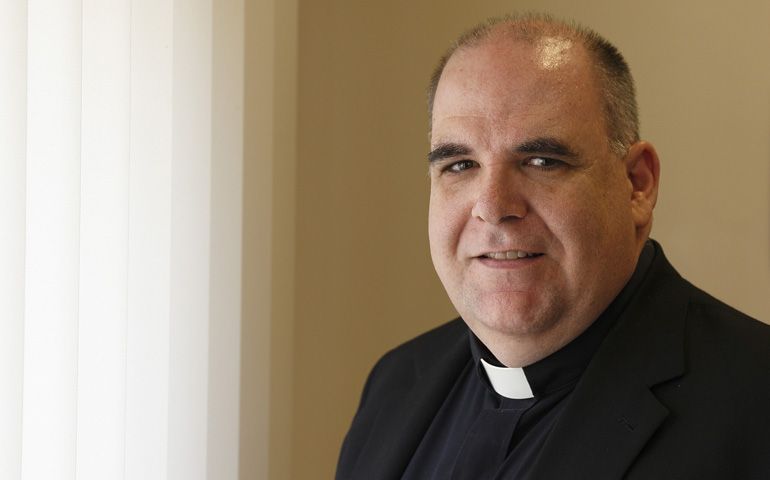 Vatican City — The issues dividing Christian communities have changed over the past 50 years, but a Philadelphia archdiocesan priest working in ecumenical dialogue at the Vatican is confident that Christian unity is possible.

"We are people of hope. We trust we have the same Scriptures, the same belief in Christ," said Msgr. Gregory Fairbanks, an official at the Pontifical Council for Promoting Christian Unity.

In the early 1990s, when he was a newly ordained priest, one of his pastoral responsibilities was dialogue with other Christian churches and with non-Christian communities in the northern section of Philadelphia.

After joining a group of local clergy and pastors who met monthly to share neighborhood concerns and find ways to better work together, he says he "realized that if the ministers cannot work together, then our people are not going to be able to."

Two decades later, Fairbanks is working at the pontifical council to improve dialogue on an international level.

"We have to learn what people actually believe, learn where they are coming from, and then learn how we can come together in faith," he told Catholic News Service.

The pontifical council traces its origins to a preparatory commission that St. John XXIII established for the Second Vatican Council. Its mandate is to promote relations with other Christian churches and communities. The council president and secretary also direct an office dedicated to relations with the Jews. A separate Vatican body, the Pontifical Council for Interreligious Dialogue, promotes relations with other religions.

In practical terms, the dialogue process involves bringing international representatives of the Christian communities together to work on specific theological issues, identifying where they can find consensus and where they have divergences.

The process, Fairbanks said, is not always easy or swift. He gave an example of two rounds of dialogue between the Baptist World Alliance and the Catholic church, a dialogue that first began in the 1980s.

When the dialogue commission issued its first report in 1990, ordinary Baptists in countries with a Catholic majority, such as Argentina and other Latin American nations, did not receive it well, he said. Critics argued that the Baptist representatives in the dialogue had not defended Baptist beliefs strongly enough and had not asked the Catholics hard enough questions. For example, they said the question of the role of Mary had been ignored and there had been inadequate attention paid to differences over the role of the Scripture and the meaning of baptism.

"It showed how much there were cultural divides and misperceptions that were blocking us from talking with and getting through to each other," Fairbanks said.

But in the second round of dialogue in the 2000s, those problematic issues were finally discussed, and the report on the conversation was much better received. What made the difference, according to Fairbanks, was a process called the "healing of memory."

Essential to the process is an attempt by dialogue partners to read history through the eyes of the other. It is the essential first step for creating successful dialogue, he said, although at times, it is very difficult to accomplish effectively.

With the healing of memory, Fairbanks explained, "we, the best we can, come up with an objective and a reading of history that we can both agree on."

By the end of the second round of dialogue, he said, Baptists and Catholics were able to agree to a common statement about Mary, church leadership, the word of God and the Bible.

"If I had been asked 10 years ago if the chapter of the role of Mary would ever be written between the Baptists and the Catholics, I would have said no," Fairbanks said.

The ultimate goal of ecumenism, he said, is not uniformity but "full visible unity."

Fairbanks explains that as "full communion with each other, fully shared Eucharist, and full sacramental sharing."

While a half century of formal dialogue has brought divided Christians much closer together, the goal has yet to be reached and some of the obstacles have changed over the past 50 years, he said.

Early on, the challenges involved theological issues, but now, he said, strong disagreements exist over moral issues, particularly on the topics of homosexuality, gender issues and abortion.

"We approach these challenges with difficulty," Fairbanks said. "From my point of view, it means going back to the very basics of Christian anthropology and from there trying to develop a common anthropology" or understanding of God's plan for humanity.

Yet, he said, he trusts in God that the goal is closer than it may seem.

"We have overcome many doctrinal issues and hope to continue on this road for other issues as well," the monsignor said. "The point of the ecumenical movement is to have a common witness for Christianity so that we can more effectively share the message of Jesus Christ with the whole world."

When a ritual works: reflections on the People’s Climate March