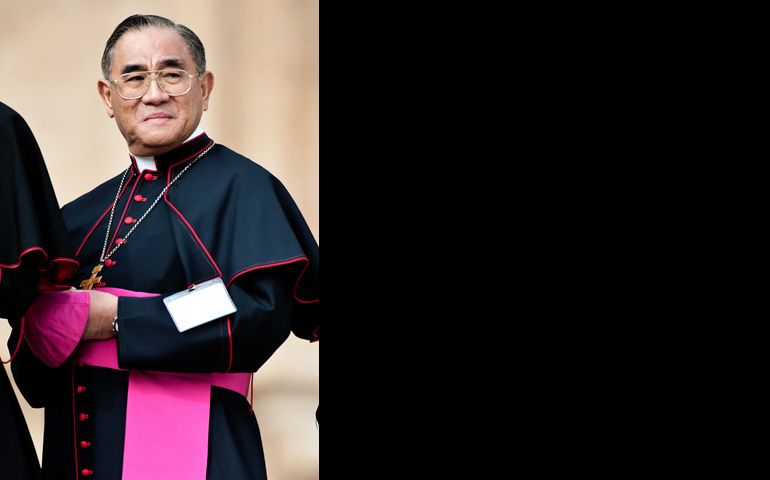 Bangkok — When Cardinal-designate Francis Xavier Kriengsak Kovithavanij of Bangkok learned he would be elevated to cardinal, there was no formal announcement, no courier from Rome to tell him the news.

Instead, a friend called to say he read a report on the Internet, reported the Asian Catholic news portal ucanews.com.

"We better find out if this is true," the cardinal-designate told reporters in early January at the diocesan center in nearby Nakhon Pathom province.

He will be one of 20 prelates elevated to cardinal in a consistory Feb. 14 at the Vatican. Of the group, 15 are eligible to elect Pope Francis' successor in a conclave. The other five are older than 80 and, therefore, ineligible to vote.

The cardinal-designate told reporters that where the next pope comes from doesn't matter.

"Catholic means universal. We belong to one church. We have already elected a pope from a communist country. We can elect a pope from Asia, from Africa, from Europe. It doesn't matter," he said.

Kovithavanij heads a church in a country under martial law. Instability has been a common theme in Thai politics, forcing the country to overcome one crisis after another.

Speaking mostly to Thai journalists, the archbishop said the Catholic Church had the same role as all religions in Thailand: to promote peace and unity.

In an earlier meeting with Buddhist and Muslim leaders, Kovithavanij suggested that when the Thai national anthem is broadcast daily at 6 p.m., Thai citizens should pause an additional minute to pray for peace and unity. The religious leaders later took that proposal to government leaders.

The cardinal-designate said he believes that Asian Catholics, and Asians in general, have a cultural sensibility that promotes strong values and respects people's dignity.

"Asian people by nature are religious people. We are open to other religions, to other people. We see the possibilities of interreligious collaboration. We respect each other's faith," he said.

Francis Xavier Kriengsak Kovithavanij was born June 27, 1949, in Bangkok. He was ordained a priest in the Bangkok Archdiocese in 1976. He was installed as bishop of Nakhon Sawan Diocese in 2007. Two years later, he was installed as archbishop of Bangkok, succeeding Cardinal Michael Michai Kitbunchu, Thailand's first cardinal.

New cardinals to be appointed may include next pope