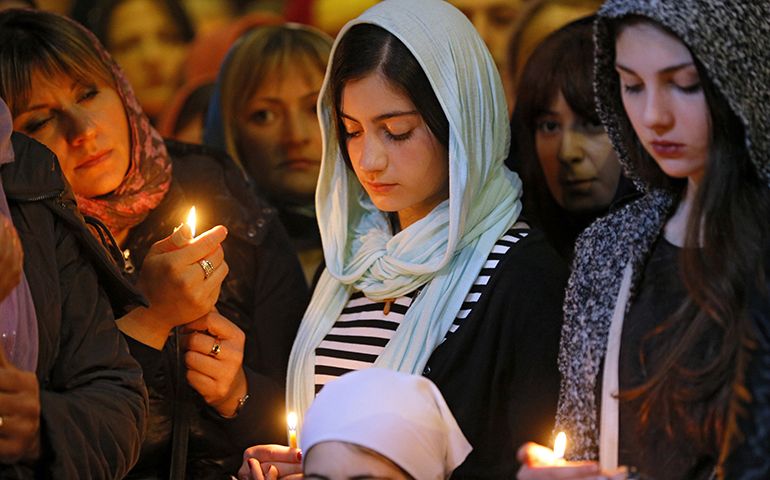 Rome — As Pope Francis prepares for a Sept. 30-Oct. 2 visit to the Caucasus countries of Georgia and Azerbaijan, experts are hoping the trip might help strengthen sometimes-strained relations between the Roman Catholic and Georgian Orthodox churches.

Leaders in ecumenical affairs say the Georgian Orthodox community, to which some 83 percent of Georgia's population of about 3.7 million belong, has been somewhat closed to discussions with Catholics in recent decades. They express optimism that Francis would be able to make inroads during his visit.

Georgia's ambassador to the Holy See told journalists in Rome Sept. 19 that she hoped Francis' visit to her country would help it become better known around the world.

Tamara Grdzelidze, a respected Orthodox theologian formerly with the World Council of Churches, said many Georgians are placing stock in the power of the pope's charisma. "He just brings joy with him," she said.

The head of the Georgian wing of the international aid group Caritas said in an interview during a September visit to Rome that she thinks the program for Francis' visit to Georgia emphasizes the unity of the country's diverse Catholic and Orthodox populations.

"It shows the unity among people," said Anahit Mkhoyan, who was appointed to lead Caritas Georgia at the beginning of the year after ten years with Caritas Armenia. "It shows presence of love for everyone."

Paulist Fr. Ronald Roberson, associate director of the U.S. bishops' Secretariat for Ecumenical and Interreligious Affairs, said he hoped Francis might be able "to just kind of change attitudes, maybe a tiny bit, but [make] a step in the right direction."

Francis is to meet Ilia twice: when he lands in Georgia's capital, Tbilisi, Sept. 30 and at the patriarchal Svetitskhoveli Cathedral Oct. 1.

Francis is to meet with President Giorgi Margvelashvili Sept. 30 and speak to Georgia's political leaders and later meet with members of the local Chaldean Catholic community. On Oct. 1, he is to celebrate Mass at a soccer stadium before meeting with local priests, religious and seminarians.

On Oct. 2, Francis planned to go to Azerbaijan. He is to meet with President Ilham Aliyev and local Muslim leaders, and take part in an interreligious meeting with other religious leaders before returning to Rome the same day.

The trip will be Francis' 16th outside Italy since his election as pope in 2013.

Roberson called the Catholic church's relationship with the Georgian Orthodox "one of the most difficult" among its relations with other Christian communities in terms of ecumenical dialogue.

He pointed to the Georgian community's decision not to attend the Holy and Great Council of the Orthodox Church in Crete, Greece, in June. It was the first such gathering of the Eastern Orthodox churches in more than a thousand years.

He said the Georgian Orthodox expressed concern over one of the draft documents of the council, which referred to ecumenical dialogues with other Christian churches.

"This was too much for them," said Roberson, explaining that some in the Georgian Orthodox community subscribe to a school of thought that "there is nothing outside the visible Orthodox church but darkness."

"I have to say that I'm a little bit puzzled," said Declan Murphy, former director of the U.S. bishops' office of Aid to the Church in Central and Eastern Europe, saying he did not understand the diplomatic objectives for the visits.

"It may be just to call attention, to put a spotlight on a small and forgotten Catholic community, to show that the Vatican is looking out for small, isolated groups of Catholics as a good father," Murphy suggested.