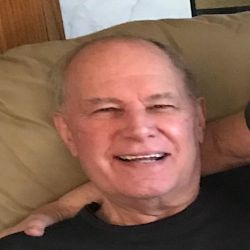 Robert (Bob) A. Ludwig, Ph.D., professor emeritus of Loyola University Chicago died on December 15, 2019.  Dr. Ludwig was a visionary theological educator who developed innovative programs in the progressive spirit of the Second Vatican Council.  He strongly believed in an adult-oriented church whose members faithfully formed their life decisions on personal and social issues through theological reflection. At the heart of Bob’s vision of church was an educated and empowered laity adept both with ecclesial ministry and with ministry in the public square.

Bob’s personal and professional life modeled his vision of church.  As a lay person during the Vietnam Era, after serious theological reflection, he became a conscientious objector at a time when the American hierarchy supported that war.  Throughout his life Bob maintained a strong anti-war stance.

Bob did doctoral studies at the Aquinas Institute of Theology, and at Tubingen, Germany.  His dissertation focused on the Jesuit peace activist, Daniel Berrigan, S.J. and the Catholic Peace Movement during the Vietnam War.

Dr. Ludwig developed several university-based programs that produced a generation of educated faithful who have served the church in a variety of ministerial positions and taken leadership in many of the social issues facing the contemporary world.

As director of Loyola University New Orleans’ Institute for Ministry,  Bob developed a distance education Masters degree program that served people of faith in remote areas of the United States and other parts of the English-speaking world.  At Loyola University Chicago Bob developed two new Masters degree programs, one in Social Justice and the other in Spirituality at the Institute of Pastoral Studies.  He also pioneered online degree programs during his time as Director there.

While serving as Theologian in Residence at University of Colorado, Boulder and later as Director of Campus Ministry at DePaul University, Bob championed innovative approaches to and a curriculum for the religious and spiritual education of young adults.  His 1995 book, Reconstructing Catholicism for a New Generation reflects his concern for Catholicism’s future generations.  In this book, Bob wrote about the importance of personal experience, the spiritual basis of the environmental crisis, the science of the cosmos, and learning from and respecting other faith traditions as benchmarks of a reconstructed church for the future.  Today, some 25 years later, this book stands out both as a prophecy of and blueprint for much of Pope Francis’ vision of church!

The Association of Graduate Programs in Ministry (AGPIM) gave Bob its Called and Gifted Award in 2014 recognizing his integrity, scholarship, and longevity of service to ministerial education.  In 2019 Loyola University Chicago’s Institute of Pastoral Studies gave Bob its prestigious Aggiornamento Award.  At the presentation, I described Bob as always being “ahead of the curve.”  In addition to his visionary book, Reconstructing Catholicism for a New Generation, I cited Bob becoming a notable a lay theologian at a time when theological scholarship was almost exclusively confined to the clergy, his opposition to the Vietnam War and subsequent conflicts, and his development of innovative distance education degrees well before online programs became a staple in American higher education as benchmarks of Bob always being “ahead of the curve.”

Funeral services were held at St Mary of Nazareth Church in Des Moines, Iowa.  A memorial mass is in the process of being scheduled at the Institute of Pastoral Studies at Loyola University Chicago (check the IPS website at luc.edu/ips for upcoming announcement).

[Peter Gilmour is a professor emeritus of the Institute of Pastoral Studies, Loyola University Chicago.]