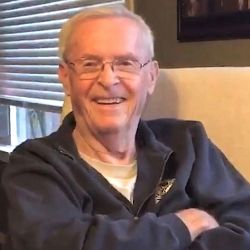 Don Brennan, a former NCR board member and a leading Catholic health care executive, passed away peacefully at his residence in Bothell, Wash., on Friday, Feb. 12th. He was 83 years old.

"We greatly appreciate Don's work on behalf of NCR and extend our condolences to his family," said NCR CEO and Publisher Bill Mitchell, whose tenure on the board overlapped with Brennan's for several years.

Brennan began his career in finance at the University of Colorado Medical Center in Boulder, Colo., led Group Health, Providence and St. Louis, Mo.- based Ascension Health in a career that spanned 40 years in health care. He served as Chief Executive Officer for Ascension Health, Providence and Group Health Cooperative (Washington), as well as a Catholic Health Association board member and chair of CHA’s Health Reform Committee,

He served as CEO for Group Health from 1976-1980, before leaving to become the first lay (non-religious) CEO for what was then the Sisters of Providence Health System. Brennan left Providence in 1993 to accept an appointment from then-Gov. Mike Lowry to co-chair the Washington Health Services Commission. The commission was established by the 1993 Health Services Act.

Following repeal of much of the act by the state legislature, Brennan stepped down from the commission in 1995 to become CEO of the St. Louis-based Daughters of Charity National Health System. During his tenure in St. Louis, the Daughters merged with the Sisters of St. Joseph Health System of Ann Arbor, Mich., to become the nation’s largest not-for-profit health system, Ascension Health.

Brennan retired from Ascension in 2001. He served on the Swedish Health Services board from 2003 until 2010.

Born with his twin sister in Denver, Colo. in 1937, as the youngest of five children, he spent his childhood in Denver and attended the University of Colorado, where he earned a Bachelor’s Degree in accounting and a Master of Business Administration degree.

Throughout his life and career, Don embraced and preached the value of life balance and was deeply dedicated to his family. He often stepped away from the demands of his work to watch his sons’ afternoon practices and grandchildren’s t-ball games. He eagerly shared his love for the outdoors, from weekend skiing, camping and fishing in the Rockies and Cascades, walking the Puget Sound beach at his beloved cabin in Purdy, WA.

He is survived by Kathy, his wife of nearly 60 years; his son Paul and daughter-in-law, Yolanda (Highlands Ranch, Colo.), son Steve and daughter-in-law Maria (Lake Forest Park, Wash.), son Tom and daughter-in-law Sally (Kirkland, Wash.), and son Doug and daughter-in-law Dana (Maple Valley, Wash.); and 11 grandchildren, Nolan, Jordan, Blake, Sean, Matt, Sarah, Will, Sofia, Colin, Emilie and Molly. Don was also great-grandfather to Hayden, Blakely and Cameron. Other survivors at the time of his death are his several nieces and nephews.