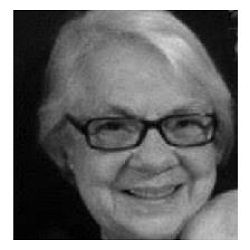 Georgiann Lyga the revered peace activist in the Roman Catholic Diocese of Sacramento and a nationally recognized abolitionist of capital punishment -- died peacefully at her home in Sacramento on Sunday, December 8, 2019. A former Maryknoll Sister, Georgia came of age in Chile (1960s) and alongside the United Farmworkers (UFW) struggling for basic labor and human rights in Delano, California (1970s). She dedicated her life to social justice and peace. She adhered to the nonviolent, radical tradition of Jesus, Mahatma Gandhi, Dr. Martin Luther King, and Cesar Chavez. She was an adult educator and a community organizer. For thirteen years as the Director of the Social Justice Ministry of the Sacramento Catholic Diocese (1983-1996) Georgia built people-to-people programs that supported immigrants and refugees fleeing war and poverty. She created a sister relationship with Guatemalan refugee women's cooperatives in Mexico and Sacramento, putting names and stories to the news accounts of war and displacement and the role of the U.S. government. Georgia was a truth teller, fearless in the face of corporate and political power and grounded in daily acts of courage and solidarity. Her political action was grounded in daily prayer, careful research and analysis, and concrete love for those she served. She sought to provide platforms for them to speak their truth, standing with them to advocate for a conversion of hearts and policies. Her tremendous intellect was nourished by her avid love of books, her connection to the people whose causes she championed and the circles of friends and colleagues she created. Georgia tirelessly led vigils, protests, congressional visits, petition drives, and prayer circles to bear witness against unjust structures and to promote the Common Good for prisoners, for refugees, for Native Americans, for workers, for the homeless. Georgia's passion and commitment to social justice was only surpassed by her love for and devotion to her family, especially her two daughters, Elena and Sara, her grandchildren, Hannah Rose, Riley Kirkland, Julia Grace, and Bennett Owen, her extended family and her friends. She always made time for almuerzo (lunch) with family and friends, for her Bridge circle, and her Green Bay Packers. Her door and her heart were always open, helping others in small and large ways whenever she could. Each morning began with lighting candles at the foot of her large portrait of Our Lady of Guadalupe and a prayer for an end to capital punishment, for an end to war and violence, for a world predicated on love, justice and the common good, and for her beloved family and community. Georgia remains a shining star that guides us as we each seek to be a light in the darkness. Georgia Lyga, PRESENTE. Georgiann Lyga was born and bred in Sparta, Wisconsin on July 18, 1935, the fourth of 4 siblings. She attended Madison Business College in Madison, Wisconsin, completed her B.A. in history at the University of California at Santa Cruz, and her Masters of Public Administration at California State University of Sacramento. While a member of the Maryknoll Sisters, she served the poor and dispossessed in Santiago, Chile. She worked as a community organizer in San Francisco, volunteered with the United Farmworkers Union (UFW), lived and worked in Nicaragua during the rebuilding of the nation after the revolution, and later became the Director of the Social Concerns Commission of the Diocese of Sacramento and the Director of the Office of Social Justice. The family will lovingly remember her gathering with lifelong and new friends on Saturday December 14th at St. Mary's Cemetery Funeral Home Chapel with twelve noon visitation in the parlour, 1pm Funeral Mass in the Chapel and Reception at the reception hall from 2pm to 5pm.