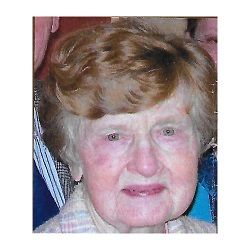 Elizabeth Clark, 99, of Fargo, North Dakota, was born in Colo, Iowa, the third of seven daughters born to John and Gertrude (Christopher) Wheelock.  She attended school in Colo and graduated from Fernald, Iowa, High School in 1937.  In 1942 Elizabeth graduated from nurses training at Mercy Hospital in Des Moines, Iowa.  In 1944 she earned a B.S. Degree in nursing from the College of St. Teresa in Winona, MN, and in 1978 she was awarded a MS in Education from North Dakota State University.   Elizabeth's nursing career spanned 44 years.  She taught on the faculties of St. Thomas School of Nursing, Nashville, TN, Charity Hospital School of Nursing, New Orleans, LA, and was a charter faculty member of the NDSU School of Nursing in Fargo, ND, from which she retired in 1983.

Elizabeth was an active member of St. Joseph Church in Moorhead, MN, where she participated in the RENEW program, was a proclaimer of the Word for liturgies.  She also served on the Crookston Diocese Women's Commission when Bishop Victor Balke was bishop of that diocese.  Along with Father Bill Mehrkens and Dr. Ken Covey, Elizabeth helped to establish the Dorothy Day House of Hospitality in 1983.  She was very active in achieving community support for this much-needed, successful outreach to the homeless in the Moorhead area.  Elizabeth also provided English language tutoring for immigrants wishing to achieve professional accreditation in their chosen fields.  She was also a long-term member of the parish social justice committee.

Elizabeth married Edward Paul Clark on April 22, 1950, in the Cathedral of the Incarnation in Nashville, TN.  During their married life, they lived in Clanton, Alabama, New Orleans, LA, and Monona, WI before moving to Moorhead, MN in 1967.  Both loved to travel, so they enjoyed many years exploring the U.S. and Europe, always in the quest for educational opportunities.  She is survived by her husband of 69 years and their five children--David, Ann, Martha, Mary  and Charles, and is survived by one sister, Joneta, nine grandchildren and three great-grandchildren.  She was preceded in death by her parents and five sisters.