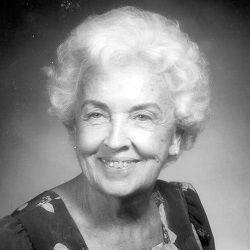 Patricia was born in Harrisburg, PA on January 14th, 1927 to Helen Mae (Crist) Maher and Joseph P. Maher. She had two brothers, Gerald and Joseph, all of whom have predeceased her; she is survived by her niece.

In 1945, she graduated from Immaculata High School in Detroit, MI.  After graduation, she worked as a clerk in Saks Fifth Avenue in Detroit and Bell Telephone Co. in Harrisburg.  On October 30th, 1947 Patricia entered the Maryknoll Sisters Novitiate in Valley Park, MO from St. Francis of Assisi Parish (Diocese of Harrisburg).  At her Reception into the Congregation, she received the religious name Sister M. Joseph Aileen. She made her First Profession of Vows on May 8th, 1950 in Valley Park, MO and her Final Profession on May 8th, 1953 at the Maryknoll Sisters Center in Maryknoll, NY.  After Vatican Council II she returned to her baptismal name.

From 1951-1954, while at the Maryknoll Sisters Center she studied at Maryknoll Teachers College, earning a Bachelor of Arts Degree in Education.

Sister Patricia received her first overseas mission assignment to the Philippine Islands in 1954. There she served as a high school teacher, teaching a variety of different subjects:  English, Religion and biology in Malabon and in Datu Piang.  She was then transferred to Lucena where she served as principal in both the elementary school and high school for the next 14 years.

Sister Patricia’s next overseas assignment was to Central America where she served in the El Salvador/Nicaragua/Panama Region from 1974-1979, there she worked with young adults at the Urban Leadership Training Center.  She also engaged in pastoral work in a housing development colony for 1,200 poor families. Sister Patricia then returned to the U.S. for family ministry, during this time she did pastoral work in the Diocese of Harrisburg among Spanish speaking people from 1980-1992.

From 1993-1997, Sister Patricia was assigned to Bangladesh. there she did tutoring in conversational English with students at the University of Dhaka. It was her hope to gather together a group of students: Muslim, Hindu, Buddhist and Christian who could work together interested in pursuing interreligious dialogue in the University.

In 1998 she was assigned to Bolivia, there she served as a tutor in conversational English with college students at San Simon University until 2002.

In 2002, Sister Patricia returned to the U.S. and joined the U.S. Eastern Region of the Congregation.   She lived in Arlington, VA and did volunteer work at the Arlington County Detention Facility and Arlington Hospital, visiting the patients.  She then retired to the Maryknoll Sisters retirement house in Monrovia, CA in 2008, but returned to the Maryknoll Sisters Center, NY in 2012, due to declining health.

A Vespers service will be held for Sister Patricia at 6:00 p.m. in the Chapel of the Annunciation on Monday, April 1, 2019 at the Maryknoll Sisters Center.

A funeral Mass will follow on Tuesday, April 2, 2019 at 7:00 a.m. also in the Main Chapel at the Center. Interment will follow in the Maryknoll Sisters Cemetery on the Center grounds.