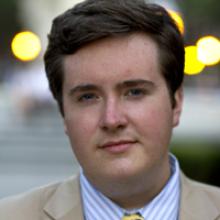 John McCarthy is a Democratic Strategist, Civic Entrepreneur, and Philanthropic Advisor. In 2012, he served as a National co-chair of Catholics for Obama and presently serves as the national vice-president of Irish American Democrats PAC. He has worked as the Executive Director of Future Civic Leaders, a non-partisan organization that works to bridge the civic education gap in low-income communities, and now serves as the organization’s board chair. A leader on civic-engagement he was a founding ACE advisor to the ACT Foundation, the official foundation of the nation’s leading college and career readiness assessment. With a broad range of political experience, he been involved with campaigns at the federal, state, and local level, as well as serving in a policy role on Capitol Hill. Active in philanthropy he serves on the boards of the Clinton International Summer School in Northern Ireland, Young Americans for Diplomatic Leadership, the Irish Network of DC, the Millennial Action Project’s Action Council and the American Ireland Fund’s Young Leaders Chapter in DC. In 2015 he was recognized as a “40 under 40” by the Irish Echo Newspaper. He is a frequent voice for People of Faith within the Democratic Party, and regularly serves as a media resource on the topic. He is a graduate of the Catholic University of America where he studied politics and theology.

Obama heard Pope Francis’ Call and Congress Should Too

Christmas is a Call to Activism

A Governor that IS Leading on Refugee Crisis

I was in Prison and You Visited Me

The symbolism of a pope and a president

What the Real Saint Patrick Teaches us about Faith Today

Faith Leaders Come Together for an End to Hunger

What Catholics can learn from Shark Week

The Church of “All or Nothing”

Building a Church of Welcome

Checking IDs on the Road to Emmaus

Why All Bibles Should Go Digital