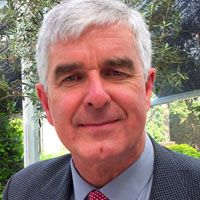 Jonathan Luxmoore is a freelance writer covering church news from Oxford, England, and Warsaw, Poland, and serving as a staff commentator for Polish Radio. He studied modern history at the University of Oxford and international relations at the London School of Economics and was a co-founder of the Polish chapter of Transparency International, the world's largest anti-corruption nongovernmental organization. His coverage of religious affairs during the transition to democracy in Eastern Europe won five Catholic Press Association awards, and his books include The Vatican and the Red Flag (London/New York, 1999), Rethinking Christendom: Europe's Struggle for Christianity (Leominster, 2005) and a two-volume study of communist-era martyrdom, The God of the Gulag (Gracewing, 2016).

Europe's populist parties pose a challenge for the church