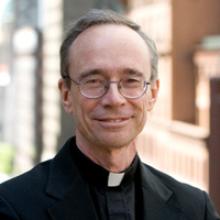 Reese entered the Jesuits in 1962 and was ordained in 1974. He was educated at St. Louis University, the Jesuit School of Theology at Berkeley, and at the University of California Berkeley, where he received a Ph.D. in political science. He worked in Washington as a writer and lobbyist for tax reform from 1975 to 1978. He was an associate editor of America magazine, where he wrote on politics, economics and the Catholic Church, from 1978 to 1985 and editor-in-chief from 1998 to 2005. He was a senior fellow at the Woodstock Theological Center from 1985 to 1998 and 2006 to 2013. During the summers, he works as a visiting scholar at the Markkula Center for Applied Ethics at Santa Clara University.

While at Woodstock, he wrote the trilogy on the organization and politics of the church: Archbishop: Inside the Power Structure of the American Catholic Church (1989), A Flock of Shepherds: The National Conference of Catholic Bishops (1992), and Inside the Vatican: The Politics and Organization of the Catholic Church (1996). He also edited The Universal Catechism Reader (1990), an analysis of the first draft of the Catechism of the Catholic Church, and Episcopal Conferences: Historical, Canonical and Theological Studies (1989). He is also author of a NCR e-book, Caring for Our Common Home: A Readers’ Guide and Commentary on Pope Francis’ Encyclical on the Environment (2015).

In 2014, Reese was appointed by President Barack Obama to the U.S. Commission on International Religious Freedom, an independent, bipartisan U.S. federal government commission that reviews the facts and circumstances of religious freedom violations and makes policy recommendations to the President, the Secretary of State, and Congress. He was reappointed to another two-year term in May 2016, and he was elected to a one-year term as chair of the commission in June 2016. His writings for NCR do not necessarily reflect the views of the commission. 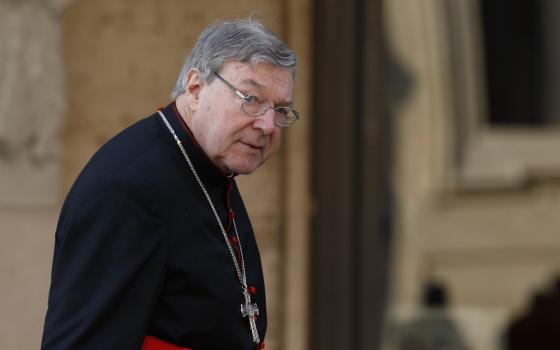 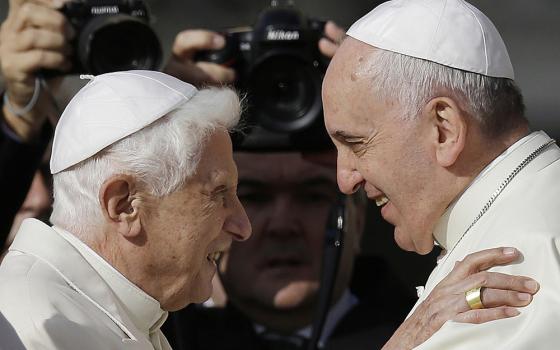 With Benedict's death, a way opens for formal rules for retired popes

When Pope Benedict XVI retired in 2013, the church had no rules for what a retired pope's role would be or even what he would be called. Now that Benedict is dead, the church needs to set those protocols. 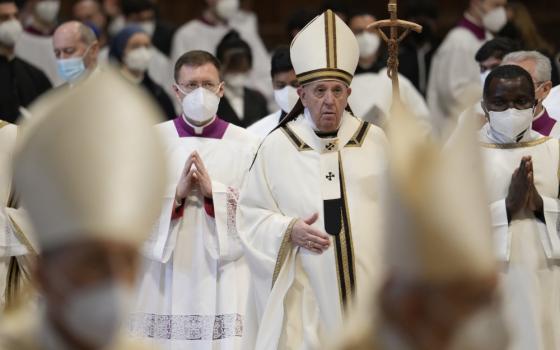 Let's celebrate the Epiphany with an eye on the future

In the West, the Epiphany is about the Magi. In the East, it is about the baptism of the Lord. But it is also about the second coming of Christ. 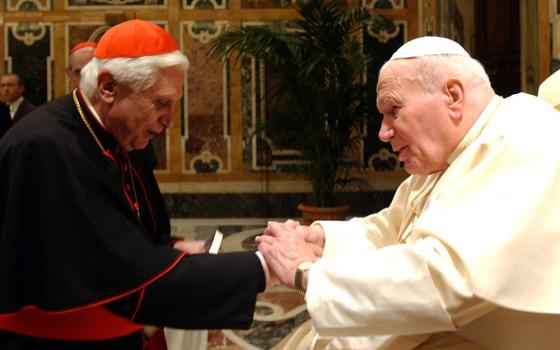 My encounters with Joseph Ratzinger — and Pope Benedict XVI

After the Second Vatican Council open discussion was suppressed by Joseph Ratzinger under the papacy of John Paul. If you did not agree with the Vatican, you were silenced. 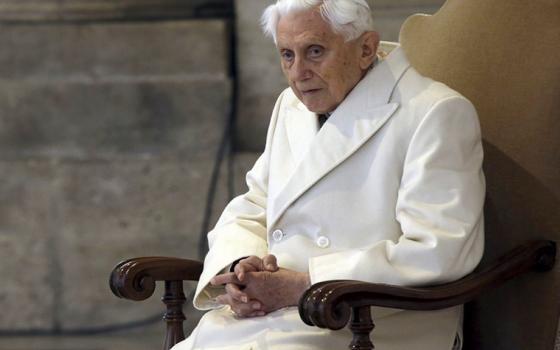 Pope Benedict XVI, elected a philosopher king, was at heart a German professor

Benedict XVI's great failing was surrounding himself with acolytes who would never challenge him and would insulate him from challenge. 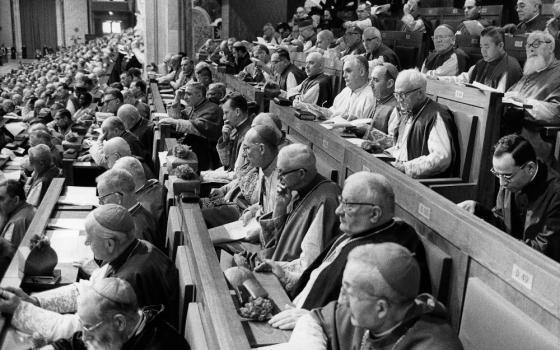 Conservatives, reading the Second Vatican Council's documents like biblical fundamentalists, miss what it meant to participants.

The pope's recent interview in America magazine comes across as a first draft in need of editing.

Fr. Thomas Reese: Advent is supposed to be a time of anticipation and hope, but the threat of global warming brings me anxiety and fear.

It is doubtful that whatever the bishops say will have much effect on the 2024 election. It is sad that the church does not have a prophetic word to say when our country and the world are in crisis. 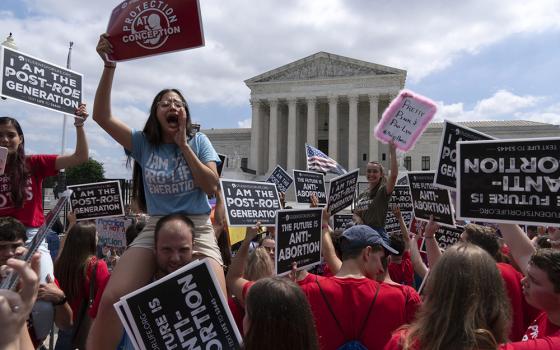 The bishops waged a long war against Roe v. Wade and won this past June with the Dobbs decision. As the bishops gather in Baltimore this week, will they acknowledge the collateral damage caused by their tactics?

Conservatives fear the pope will give into public pressure; liberals fear that the hierarchy will reject their reforms. Francis, on the other hand, is focused on improving the mission of proclaiming the Gospel. 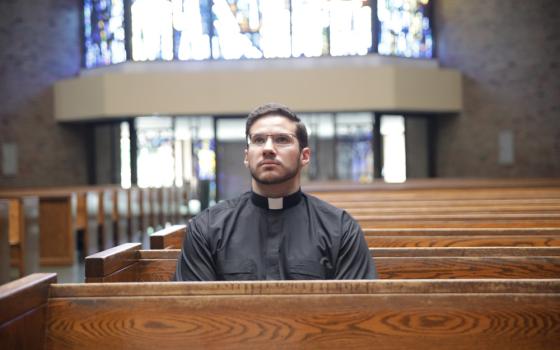 Change is not easy in the Catholic Church, whether Vatican II or Pope Francis

My heart goes out to the seminarians who are going through the current trauma of change under Pope Francis, because I went through the same trauma after Vatican II. 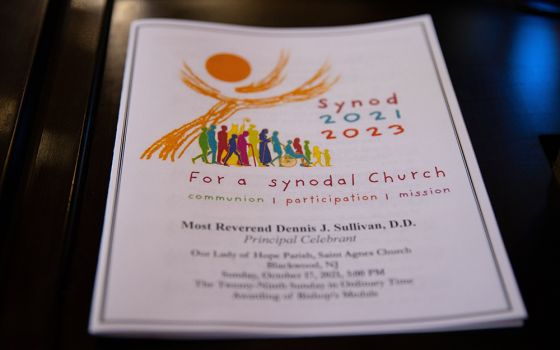 People want the church to be a home for the wounded and broken, not an institution for the perfect. 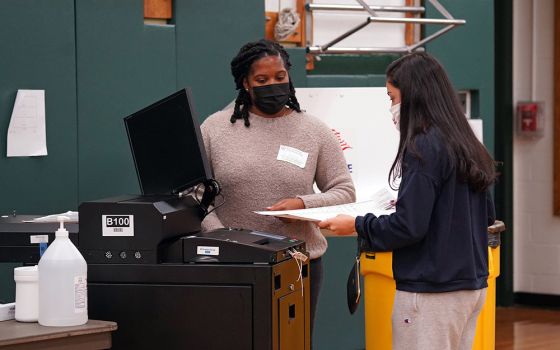 Believers should become poll workers with a firm conviction that discrimination, lying and stealing are sins in any circumstances. As poll workers, Christians are obliged to follow their values, not partisan preferences. 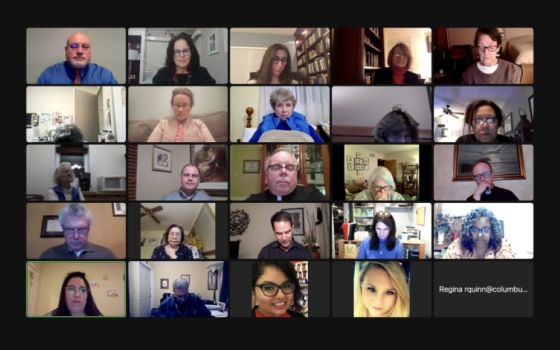 The bishops' synthesis of 10 months of listening sessions finds that many wounds reported by laity are inflicted not by individuals but by the institution itself. 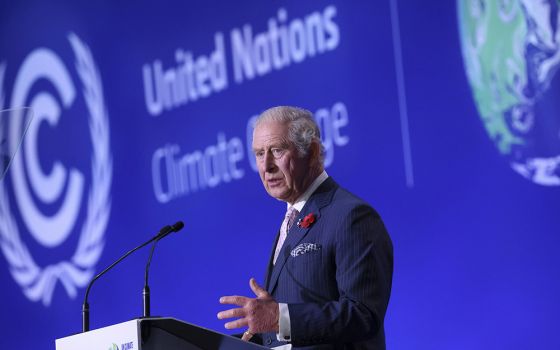 If the royal family is going to be relevant for the 21st century, it needs to help the world face the most important crisis of the century. And long before it was fashionable, Charles was warning about climate change. 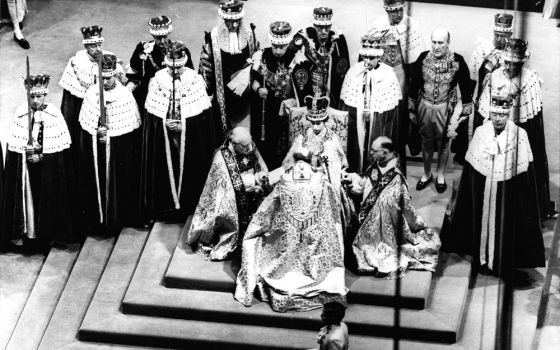 The leadership lessons of Queen Elizabeth and Christ the King

The outpouring of affection for Queen Elizabeth II has surprised cynics. But people saw something special in Elizabeth — more than the pageantry and splendor of the monarchy, the celebrity eye candy that surrounded her.

Will the synodal process work? Will it help heal divisions and foster a community that can spread the Gospel, care for the marginalized and heal the Earth? Or will it show the world how divided we Catholics are? 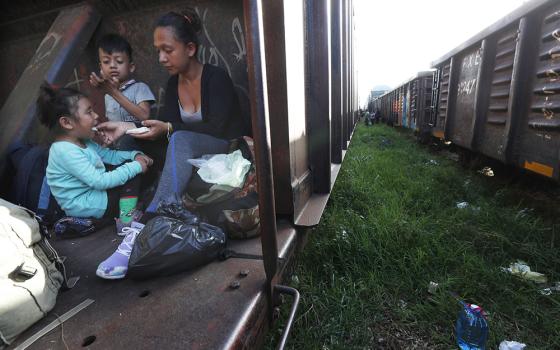 Why Christian nationalism is unchristian 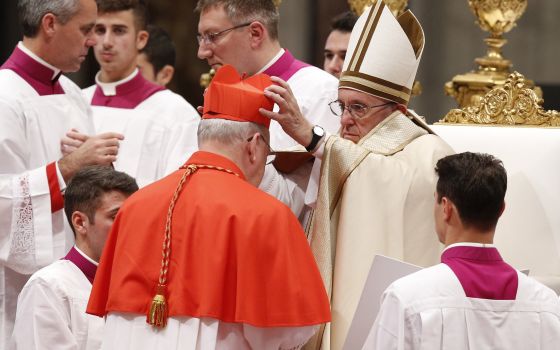 When the world's cardinals meet in Rome, the pope will create 21 new cardinals, then ask them and their new colleagues to discuss curial reforms. This will also allow them to get to know one another before the next conclave.