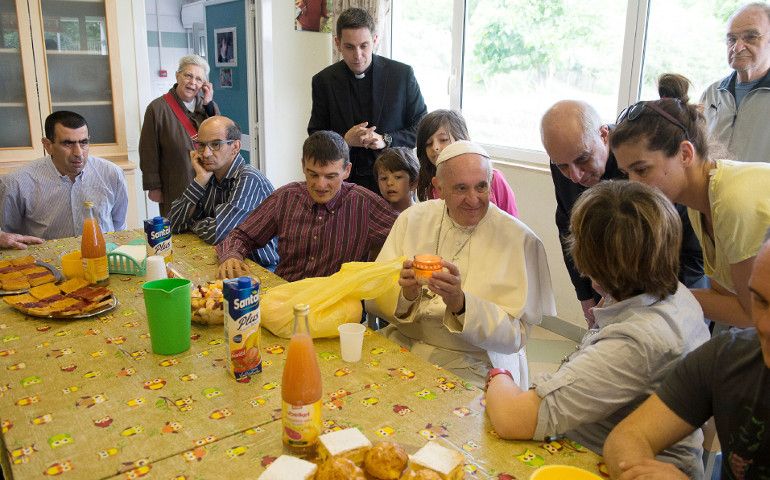 Pope Francis holds a candle as he visit the "Chicco" community, part of the L'Arche movement, in Ciampino, Italy, May 13. (CNS photo/L'Osservatore Romano)
This article appears in the Holy Year of Mercy feature series. View the full series.

Vatican City — Tears, prayers, caresses — but most of all, listening — were the hallmarks of Pope Francis' "Mercy Friday" visits during the Year of Mercy.

As the jubilee began last December, Francis said he would ditch the media one Friday afternoon each month and personally try to give life to the corporal and spiritual works of mercy.

Throughout the year, he used his weekly general audiences and monthly Saturday jubilee audiences to teach about the reality of God's mercy and the obligation of sharing mercy with others.

But the Mercy Friday visits — even the two that were not held on a Friday — were about presence. While top personnel at the places he visited had some advance notice, in most cases the guests, residents or patients did not. The Mercy Fridays gave them a chance to tell the pope their stories and, usually, to share a late afternoon snack with him.

Here is a list of the pope's Mercy Friday visits during the Holy Year, which ends Nov. 20: 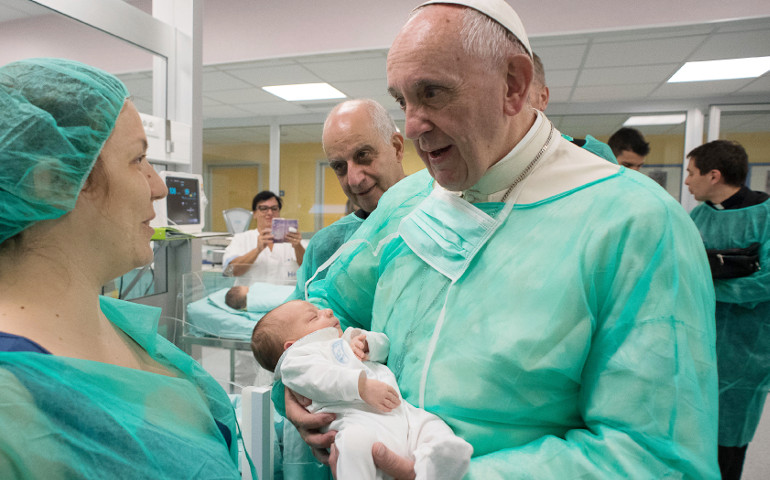 Pope Francis holds a baby as he visits the neonatal unit at San Giovanni Hospital in Rome Sept. 16. The visit was part of the pope's series of Friday works of mercy during the Holy Year. (CNS photo/L'Osservatore Romano, handout)

Pope's quotes: Where does fear lead us?

Water unites us, so make it available to all