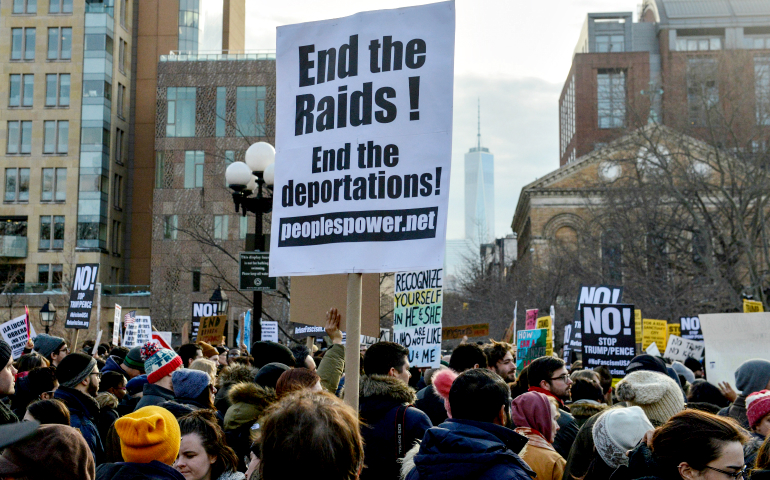 Six weeks into his administration, Donald Trump has clearly shown that he intends to be president only for those who voted for him and not for the majority of Americans. But what is even more of concern is his effort to impose an authoritarian regime on the country.

He has unilaterally attempted a Muslim ban; he has widened the net for deporting undocumented immigrants; he has attempted to keep secret what transactions he and his advisers had with the Russians before and during the campaign and opposes any effort to discern what occurred; and he is waging an unrelenting war against the news media and threatening First Amendment rights.

I have written before that Trump is the closest we have been to fascism or American-style fascism and the last six weeks have only reinforced this.

Because I teach many Latino students of immigrant backgrounds, I am particularly concerned about Trump's orders to federal immigration officials and to the Border Patrol to begin an almost military assault on Latino immigrants.

During the campaign, he expressed admiration for what was called "Operation Wetback" in 1954 under the Eisenhower administration that was under the command of a military general and that led to sweeping raids to round up so-called "wetbacks" — a derogatory and racist term. It is estimated that perhaps as many as a million undocumented immigrants and possibly even those who were documented were swept out of the country.

There are scattered reports that such sweeps are now underway. One colleague told me that her mother in northern San Diego County witnessed Border Patrol officials asking Latinos for their papers outside of a supermarket.

Such hardworking immigrants should be considered "economic citizens" in that through their economic contributions, they deserve to be seen as citizens and treated as such. At a minimum, they should be given a pathway to documentation and even legal citizenship.

Where is Christian and Catholic charity in all this? How is that some, perhaps many, white American Catholics tolerate this demeaning and dehumanizing treatment of immigrants? Perhaps they need a refresher course on the Bible and read such passages as found in Matthew 25 about humanely treating the poor and oppressed. How many of our parish priests are speaking out against the Trump administration on this immoral policy?

We cannot afford to be silent when some among us are under attack, for who knows who will be next? Perhaps we will be.