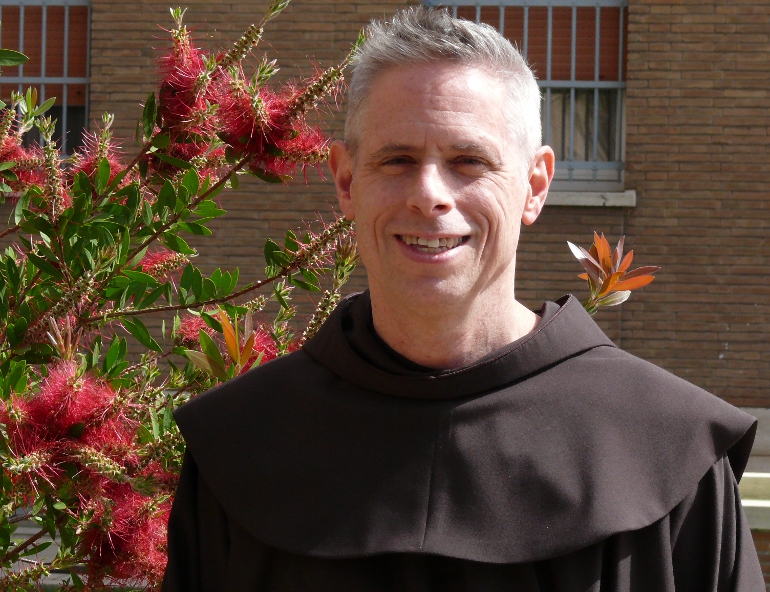 Franciscan Fr. Michael Perry, an American who was elected Tuesday as the next minister general of the Order of Friars Minor. (Photo provided by the order)

An American who previously served as an advisor to the U.S. bishops and for ten years as a missionary to the Democratic Republic of the Congo has been elected the next leader of the main group of the world's Franciscans.

Fr. Michael Perry, who had been serving as the second-in-command for some 15,000 followers of St. Francis of Assisi, was elected as the minister general of the Order of Friars Minor Tuesday.

He replaces newly ordained Archbishop José Rodríguez Carballo, who left the role after Pope Francis appointed him as the Vatican's second-in-command for religious life in April.

The order, one of several which traces its roots directly to St. Francis, has friars in 113 countries. Perry now becomes the 120th successor to the 13th century Italian saint and will serve in the role until 2015, when Rodríguez's six-year term, his second, was set to expire.

Rodríguez, who colleagues called pastoral and collaborative, is now tasked with assisting Brazilian Cardinal João Braz de Aviz, the prefect of the Vatican's Congregation for Institutes of Consecrated Life and Societies of Apostolic Life.

Rodríguez, who was ordained an archbishop May 18, now serves as the secretary of the congregation, which oversees the work of approximately 900,000 men and women religious around the world.

As part of his role, the former head of the Franciscans could have significant impact in the United States, where his new congregation launched a controversial investigation, known as an "apostolic visitation," of individual orders of U.S. Catholic sisters in 2009.

In an exclusive NCR interview in May, Rodríguez said the sisters "can never lose hope" about their role in the church.

"In the moment of least hope, the sun could shine -- and I can see it," Rodriguez said then. "I invite [the sisters] to prayer, discernment and dialogue -- communion. These are the three words that the consecrated life always has to have present."

At Rodríguez's reelection to the Franciscan post in 2009, Perry had been elected the order's vicar general. Before that, the new minister general had been serving as the provincial of the Franciscans' St. Louis-based Sacred Heart Province.

Originally from Indianapolis, Perry entered the order in 1977 and was ordained to the priesthood in 1984.

He worked for a decade for Franciscan programs in the Democratic Republic of the Congo before becoming an international policy adviser for the U.S. bishops' conference and then working on issues of African development for Catholic Relief Services. He also holds a doctorate in religious anthropology from the Centre of West African Studies at the University of Birmingham.

According to a posting by the popular Franciscan author and blogger Fr. Daniel Horan, Perry is the third American to serve as the successor to St. Francis, after a one year stint by Fr. Valentine Schaff from 1945-46 and a longer term of service by Fr. John Vaughn, who held the post for two terms from 1979-1991.