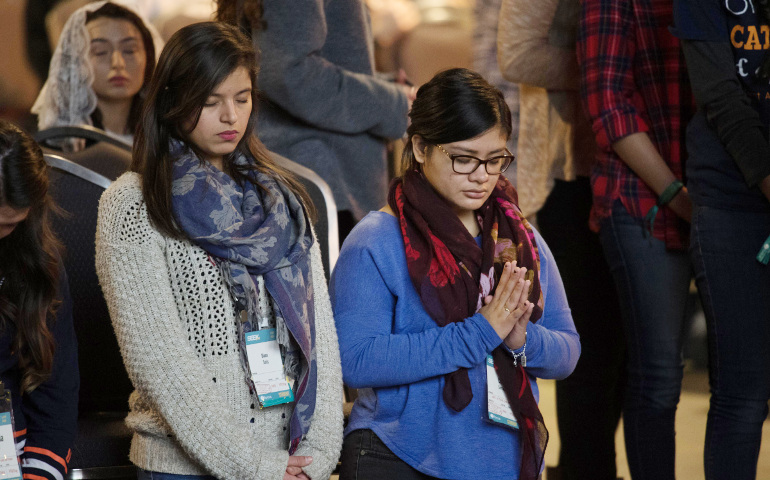 Editor's Note: Welcome to NCR's college round-up, where every Friday we bring you the latest news in Catholic college and university life. Do you have news you would like to share? Email Shireen Korkzan at skorkzan@ncronline.org.

The Wall Street Journal/Times Higher Education College Rankings has released its list of top 10 Catholic colleges and universities in the U.S. for 2017. Categories that make up the rankings include graduate outcomes, environment (student & staff diversity and inclusion), academic resources and student engagement.

The only private, four-year college in Wyoming graduated its first class less than six years ago.

Today, Wyoming Catholic College (WCC) consists of 150 students. The college is hoping to expand enrollment over the next few years. On Jan. 7, WCC faculty hosted a seminar at The National Shrine of Our Lady of Good Help in Champion, Wis., located 16 miles northeast of Green Bay. WCC has strong ties to Wisconsin. Bishop David Ricken of the Green Bay diocese co-founded WCC in 2005 while he was bishop of the Cheyenne diocese.

WCC is known for its unique educational structure — all students earn a bachelor of arts degree with no major or specialization. Curriculum includes equestrian lessons and a mandatory three-week backpacking expedition in the wilderness. Cell phones and TVs are not allowed in the dorms, and internet access in the dorm rooms is limited and censored. Students can only bring laptops and MP3 players with them. Currently, 15 WCC students hail from Wisconsin.

The Fellowship of Catholic University Students (FOCUS) hosted its biennial SEEK conference at the Henry B. Gonzalez Convention Center in San Antonio Jan. 3-7. Nearly 13,000 young adults attended the five-day event, which included guest speakers from around the country, live music, prayer and a reconciliation opportunity. This year’s theme was “What Moves You.”

FOCUS president Craig Miller told Catholic News Service he hoped all attendees leave the conference knowing “that Jesus Christ loves them and that they all have a father who loves them and will be with them through everything.”

Franciscan Fr. Michael Scanlan, president emeritus of Franciscan University of Steubenville in Ohio, died Jan. 7, at the age of 85. He is credited for reviving the then-struggling college in the 1970s and transforming it into a nationally-recognized leader in Catholic higher education. The college achieved university status in 1980.

Scanlan served as president of Franciscan University from 1974 until he stepped down to serve as chancellor of the university in 2000. He formally retired in 2011. He was the recipient of many awards and honors, including the Pro Ecclesia et Pontifice Medal, the Sacrae Theologiae Magister and five honorary degrees.